Richard Juan, proud to be a new PBB host: 'It’s such an honor' 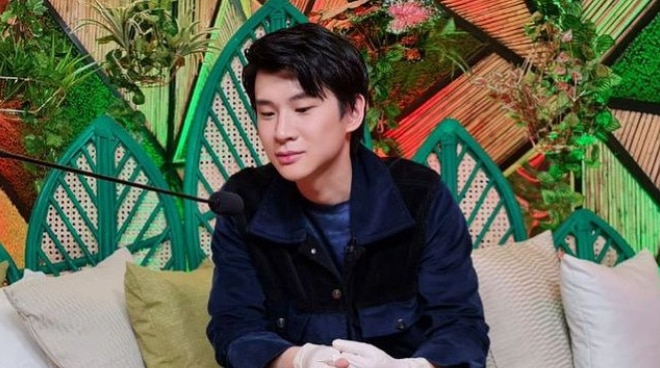 Five years after joining Pinoy Big Brother:737 as a housemate and model-host Richard Juan is happy to share that he is now one of the nine celebrity hosts fo the current season of the long-running reality show franchise.

“It’s such an honor and privilege to be working for this franchise. 15 years na, nandito pa rin ang Pinoy Big Brother. When we had our shoot, being in the same room with all these amazing hosts, amazing celebrities was medyo nakaka-intimidate konti but they welcomed me with open arms kaya I’m just very happy to be part of this,” he said during the press conferencefor the show last December 3.

Now known online as PBB Connect’s “Online Oppa ni Kuya,” Richard is tasked by Big Brother to give daily updates about the happenings inside the house through the show’s Facebook page.

“To be honest, I really wanted the updates to be very fun and very chill. The production team was actually very nice enough na parang it was more of a collaborative effort. So they were very open for me to have different camera set ups, ako bahala mag-ayos ng set, ganun. I’ve been practicing also how to do the lighting, I’ve been practicing where to put the cameras and all that. Inayos ko yung sofa, nag-set up ako ng mga plants, to something that’s more homey sa loob ng bahay ni Kuya. So that I guess was my preparation. It’s such a good learning process every single day for the next hundred days. Sana huwag kayong magsasawa sa akin (laughs),” he stated.

The former housemate turned PBB host revealed he never expected to become a host of a show he first auditioned for in 2015.

“For the last couple of years I do a lot of videos, I was very fortunate enough to have done a lot of interviews around the world din. I did some in Korea, I did some in Hong Kong, and also sa Australia. Sobrang it’s such a privilege for me to be doing this. Parang I’m coming back home eh. Ang Bahay ni Kuya is where I started. I feel like it’s such a nice full circle that I’m doing this right now. Kasya masyaa ako talaga dito,” he shared.