Even now that they're married with kids, Drew Arellano still gets blown away by his wife Iya Villania's beauty. 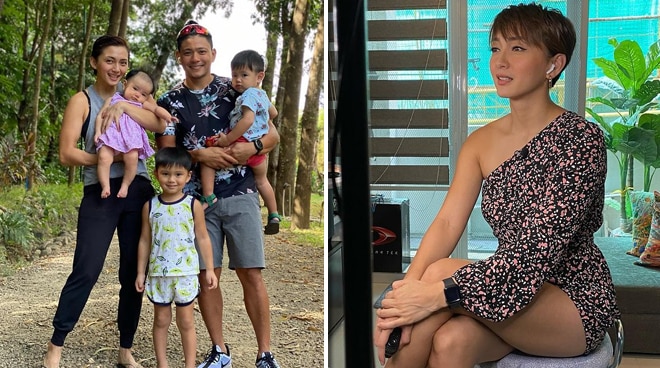 Even now that they've been married for some years, Drew Arellano still gets blown away by his wife Iya Villania's beauty.

In an Instagram post on Wednesday, December 16, the television host could not help but express his admiration for his wife as he posted a photo of her all dolled up.

As of this writing, his post has garnered more than 180,000 "likes" and comments from his followers, including some of their showbiz friends, who flooded the post with their amused reactions.

Earlier, Drew also teased Iya about having another baby as he shared a snap of his wife sporting a new haircut.

Drew and Iya have been married for more than six years.

They tied the knot on January 31, 2014 at Kawayan Cove in Nasugbu, Batangas.

They have since welcomed three children—Primo, 4, Leon, 2, and Alana, who was born last July 18.