After controversy, Jessy Mendiola is ‘moving forward with positivity’

Jessy Mendiola is now ready to move on following the controversy surrounding her engagement to boyfriend Luis Manzano. 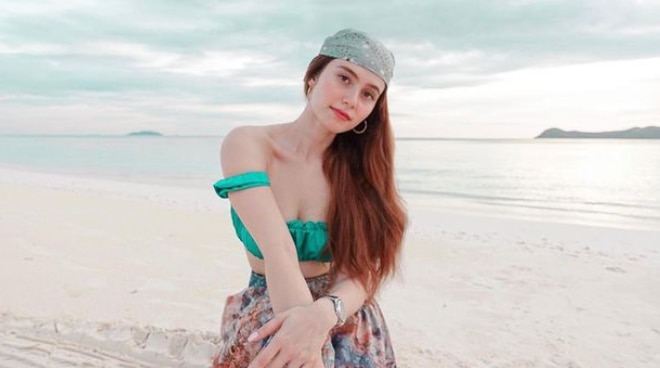 Jessy Mendiola is now ready to move on following the controversy surrounding her engagement to boyfriend Luis Manzano.

In an Instagram post on Wednesday, December 16, the actress shared a photo of her walking on the beach, with its caption including a Bible quote about being strong and courageous.

She also wrote: "Moving forward with positivity. I am not afraid because I too, deserve peace and happiness."

In another post, Jessy also shared a photo of her with Luis, and expressed how excited she is to "start a new chapter with the love of my life."

"We will never let anyone ruin our happiness. Love will always prevail," she said.

Responding to the post, Luis simply wrote: "I love you! :)"

The couple's engagement was marred with controversy after a local jewelry maker cried foul over not being given credit as the "original creators" of Jessy's engagement ring.

In her vlog addressing the issue, the actress revealed that she and Luis broke up last May.

"Luis had the ring made last September 2019. He bought the diamond from Radiant Lux Jewelry and nabayaran niya ng buo ‘yung diamond na ‘yun  Unfortunately, maraming bagayang nangyari. May 2020, Luis and I went through something to the point na naghiwalay kami and this person from Radiant Lux Jewelry was a good friend of mine. I trusted her. We both trusted her, Luis and I. We had good faith her that’s why siguro Luis chose her to make my ring kasi friend ko siya. Well, she was my friend,” she shared.

Unknown to Jessy, her friend kept bugging Luis to finally get the ring, which the television host had already paid for, during that time.

She said she understood why Luis was no longer interested in getting the ring—which she and her said friend co-designed—as they were no longer together at that time.

However, she was surprised later on when the same friend showed her the engagement ring, and even made her wear it, despite knowing that she and Luis were going through a rough patch.

“Dumating sa point na for whatever reason, I don’t know kung ano ‘yun, she showed me the ring. And she opened the box in front of me knowing na hindi kami okay ni Luis. She let me wear the ring,” she said.

According to Jessy, after they got back together and Luis finally got the ring from their friend at Radiant Lux Jewelry, they decided to have the ring reset by Manila Diamond Studio so that they could “move on” and forget the “pain” they felt from the experience.

Jessy and Luis announced their engagement last December 12, after more than four years of being a couple.