Alex Gonzaga delighted her fans by posing as a blushing bride for the new bridal collection of designer Joe San Antonio. 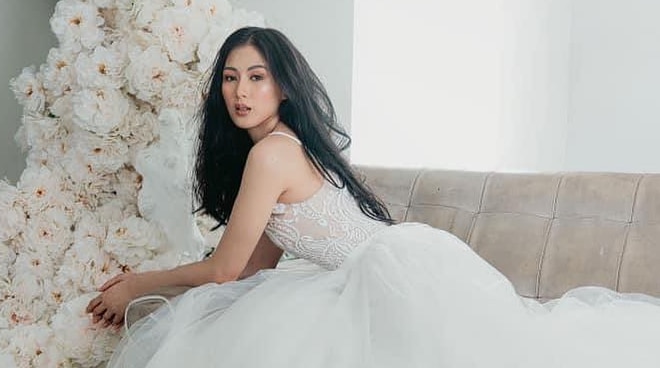 Alex Gonzaga has delighted her fans by posing as a blushing bride for the new bridal collection of celebrity designer Joe San Antonio.

The actress, who is set to marry her fiancé Mikee Morada, acted as the muse for San Antonio's latest set, dubbed "La Grace."

In the photos shared by Alex and San Antonio, the vlogger looked gorgeous as she posed in three wedding gowns.

"La Grace was born out of the two essences of the word ‘grace’ - elegance and goodwill. These and the refined values of a classic bride is the La Grace dream, fulfilled by Alex Gonzaga - our muse and the collection’s purest embodiment," said San Antonio in his social media post.

Alex and Mikee got engaged in December 2019 at the 1881 Heritage in Hong Kong after more than three years of dating. They first met through their common friend, actor Piolo Pascual.

WATCH: Alex Gonzaga and Mikee Morada give a tour of site of future home

In a vlog, Alex shared how excited she was to finally be engaged.

"Sobrang saya ng puso ko," she admitted, in front of her uncle and parents Pinty and Bonoy.

Alex was first seen in a bridal gown in 2015, when she walked down the runway for a fashion show at the Marry Me at Marriott event.