Binge List: Why you should watch ‘The Uncanny Counter’ next 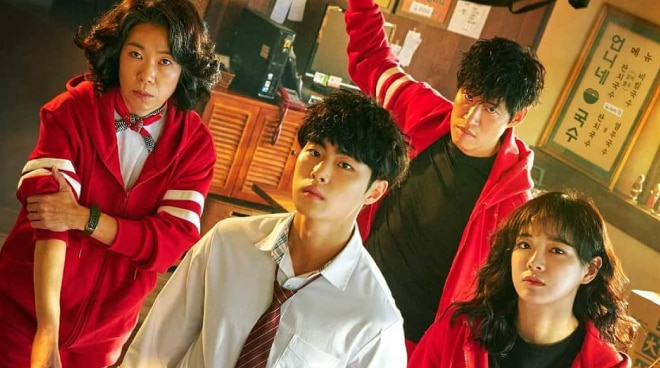 If you’re a K-drama fan and might be wanting to take a break from romance-dramas or just want to explore a new genre, then The Uncanny Counter might just be your cup of tea.

Currently airing on OCN in South Korea, The Uncanny Counter is based on a webtoon titled Amazing Rumor by Jang Yi, a story about evil spirits who have come to Earth to live amongst humans and the counters who catch them.

It is heart-pounding as the first few-episodes are packed with mystery and action scenes, including parkour stunts and martial arts moves.

The story centers on Mun, a high school student, who figured in a car accident when he was 11 that left him orphaned and with a physical disability.

On his birthday, he suddenly received powers and was soon recruited as a counter.

Yo Byung-gyu (Sky Castle) plays kind-hearted Mun. Kim Se-jong (of girl groups Gugudan and IOI) plays the role of the aloof and fierce Do Ha-na. Yom Hae-ran plays the mother figure of the group, Miss Choo and Yoo Jun Sang is Go Mo-tak, a former detective who becomes a counter after waking up from a seven-month coma with no memories of his past.

Currently at 6 episodes, the series has dealt with various nemeses including bullies at Mun’s high school.

Airing every Saturday and Sunday, The Uncanny Counter has become OCN’s highest rating drama to date.

The series has yet to air all 16 episodes but from what we have seen, we hope that the series sustains the thrill and action all throughout its run.