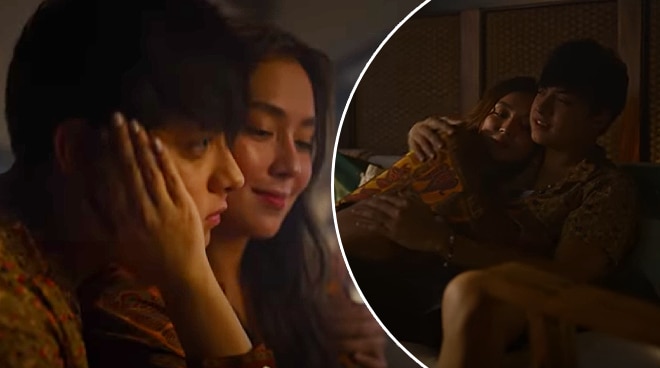 The highly-anticipated music video for Ben&Ben’s “Sa Susunod Na Habangbuhay” is out — and fans have a lot to say about the story between the characters of Daniel Padilla and Kathryn Bernardo.

Written by Juan Miguel Severo, the music video sparked numerous theories about the story behind the music video. But more than the explanations fans proposed, the reactions from fans seem to show that each person has a different story to tell based on their own experiences.

A netizen named Bobby James Toriano — whose wife passed away last June 2020 — shared his interpretation of the song which he considers “both a prayer and a promise” to his wife.

Another netizen named Juliana Talde shared her own interpretation of the song.

“They were lovers, she got pregnant, they were so happy until she had a miscarriage. When that happened, the relationship started to crumble down, they had fights and these fights eventually led to them breaking apart. The sea symbolizes paradise, it symbolizes heaven. In the part where they seem to be so lost, alone, I think that it means that they’re looking for something that they do not know,” she said.

She added: “Both of them eventually found each other in the part where they were sitting down and talking to each other. Daniel said, ‘Palagi akong nananaginip, at pagising ko para akong nagluluksa para sa pagmamahal na hindi ko pa naman nahahanap.’ It was going back to the memories that he had lost. They found each other without knowing that they are looking for each other. They have been reincarnated, hoping that in the next lifetime, it will finally last until the end.”

In an exclusive interview with Philstar.com, Juan Miguel himself made it clear that while the music video may seem to tackle a “reincarnation” story, it is more of one that explores the concept of “time loop.”