‘I’m ready to embark on a new chapter in my life’: Jesy Nelson leaves Little Mix

In her post announcing her departure, singer Jesy Nelson admits that her time being in a girl group has taken a toll on her mental health. 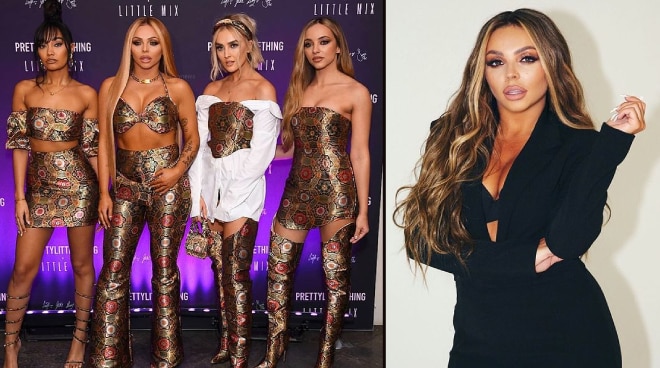 Jesy Nelson has announced that she is leaving the British girl group Little Mix.

The singer took to Instagram on Tuesday, December 15 (PH time), to deliver the news about her departure.

In her post, she admitted that her recent time being in the group has taken a toll on her mental health.

"I find the constant pressure of being in a girl group and living up to expectations very hard," she confessed.

"There comes a time in life when we need to reinvest in taking care of ourselves rather than focusing on making other people happy, and I feel like now is the time to begin that process," she said. "So after much consideration and with a heavy heart, I'm announcing I'm leaving Little Mix."

Jesy said she looks forward to spending time with the people she loves, and doing things that make her happy.

"I'm ready to embark on a new chapter in my life – I'm not sure what it's going to look like right now, but I hope you'll still be there to support me," she said.

She went on to express her love and gratitude to fans of Little Mix, as well as her co-members Jade Thirlwall, Perrie Edwards, and Leigh-Anne Pinnock.

"I want to say thank you to everyone involved in our journey. All the hard work and dedication that went into making us a success. To every single fan who came to see us in concert, who listened to our songs and sung their hearts out, sent me messages and supported me along the way, I want you to know I love you all so much and I could never have done this without you and I appreciate it endlessly," she said.

"Most of all, I want to say thank you to Jade, Perrie and Leigh-Anne for creating some of the most amazing memories I'll never forget. I hope that you'll continue to fulfill all of your dreams and keep on making music that people love," she added.

Little Mix, which first formed in the eighth season of The X Factor, is best known for their hits "Black Magic," "Secret Love Song," "Shout Out to My Ex," "Touch," and "Hair."