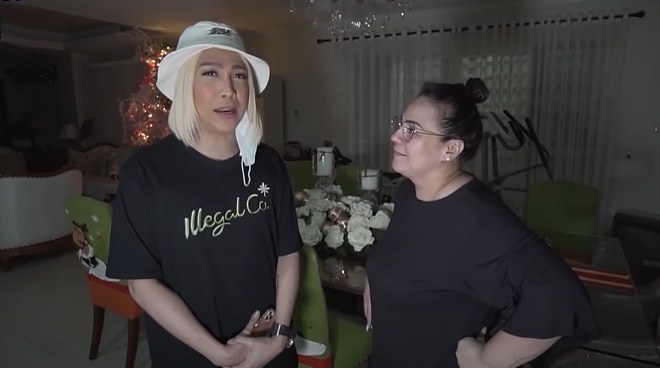 Vice Ganda did a house raid of Karla Estrada's home in his latest YouTube vlog.

In the vlog, Vice and Karla toured the kitchen, dining area, and living room of Karla.

They also showed Karla's bedroom. In the bedroom, Vice noticed Karla's chips and snacks that were stored in small containers. The It's Showtime host kept on teasing Karla about it while touring her room.

According to Karla, her room is where her kids usually spend their time when at home. They usually watch movies together.

The vlog has already gained more than 900K views as of this writing.

Netizens remarked that they were truly entertained by Vice's tour in Karla's home.

"I can't stop laughing at this. You should do a surprise visit at Karla’s house often," one netizen commented.

Karla and Vice have been longtime friends.