When are Jessy Mendiola and Luis Manzano tying the knot?

Jessy Mendiola and Luis Manzano share details about their engagement and when they are planning to hold the wedding. 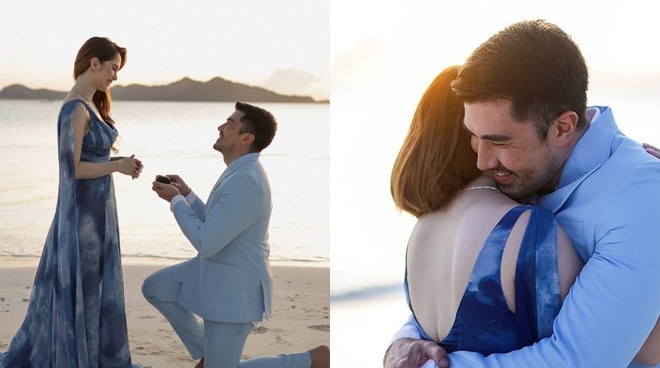 Luis Manzano and Jessy Mendiola revealed the reason they chose to keep their engagement a secret.

In an interview with MJ Felipe of ABS-CBN News, the couple shared that they actually got engaged during the first week of October.

Luis said that they even thought of not really announcing the engagement but they realized that sharing it to their loved ones and fans is the best way to do it.

“Ang sarap din kasi na it was between us lang, pero ang sarap din na the whole world is happy for us, so it’s a mix of feelings,” he said.

Jessy remarked that the proposal truly swept her off her feet.

Asked when they are planning to hold the wedding, Jessy responded, “We are looking at next year, mid next year. Andami naming mga kaibigan na nagkaroon ng long engagement, some of our friends are telling us na best advice that we could give you is wag na kayo mag long engagement, if you can plan it shorter, do it."

The couple will be releasing a vlog soon which will share more details about their engagement.