Time Magazine names BTS as Entertainer of the Year

BTS is closing the year with another massive recognition. 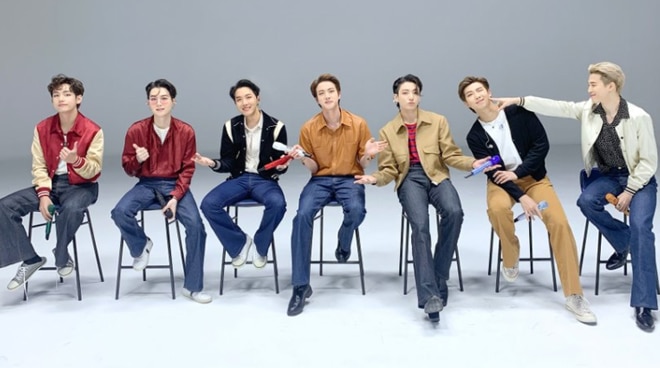 Amid the pandemic, 2020 has been a remarkable year for BTS. The group scored their first number 1 hit on the Billboard Hot 100 song with their single "Dynamite." They also bagged a Grammy nomination for pop duo/group performance for their hit song.

BTS's latest single "Life Goes On” also debuted at number 1 on Billboard Hot 100. Meanwhile, the group's latest album Be debuted on top of the Billboard 200 chart.

Check out '#LifeGoesOn' featured in SWAG ON by YouTube Music!https://t.co/W1DTKKT1Pc

"BTS isn’t just the biggest K-pop act on the charts. They’ve become the biggest band in the world—full stop. Between releasing multiple albums, breaking every type of record and appearing in these extemporaneous livestreams in 2020, BTS ascended to the zenith of pop stardom," Raisa Bruner of Time Magazine wrote.

BTS was also praised for the message of positivity that they impart to their audience.

"In an era marked by so much anguish and cynicism, BTS has stayed true to their message of kindness, connection, and self-acceptance. That’s the foundation of their relationship with their fans," Raisa added.

A video of BTS performing "Dynamite" was posted by Time on their YouTube channel.