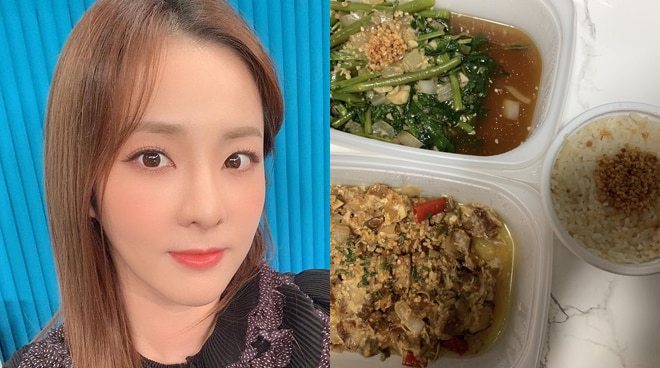 Sandara Park was on cloud nine after finding a Filipino restaurant in Seoul, South Korea.

The Korean star posted snapshots of the Filipino meal and the Pinoy beer she had for dinner.

This is not the first time that Sandara went on a hunt for Filipino food in Korea.

In her YouTube vlog last October, the singer-actress visited a Filipino food market in Seoul.

"Right now I am headed to a Philippine market. The very place I only heard about. I'm going there with producer Shin. Let's see if people there will recognize me. Because occasionally those who live abroad when they were younger and didn't have access to Philippines TV programs don't know me," she said in her vlog in October.

Upon arriving at the food market, Sandara ate Filipino-style spaghetti and other Pinoy dishes.

"The sauces and method of cooking can be very different depending on the restaurant," she said about her experience at the food market.

Sandara Park rose to popularity in the Philippines when she became a runner-up of the reality television competition Star Circle Quest in 2004. She appeared in several ABS-CBN programs and starred in blockbuster hit movies.

She returned to South Korea in 2007 and later on signed a contract with YG Entertainment and pursued a career in the Korean entertainment industry.