This is what Vickie Rushton has to say about the incident at Plantation Bay. 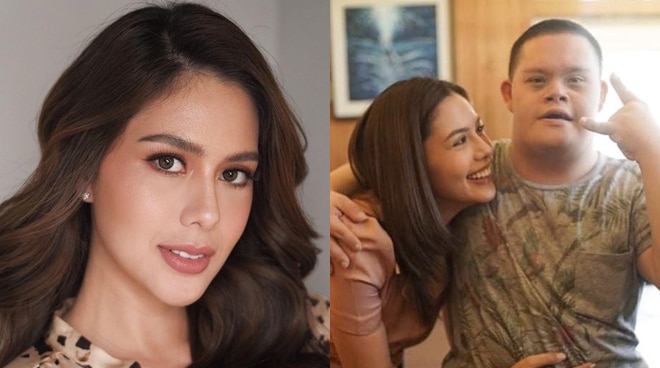 Down syndrome advocate and beauty queen Vickie Rushton shared her thoughts regarding an incident that transpired at Plantation Bay Resort and Spa involving a mother and her child with special needs.

"Last night, I've read what happened to Fin and his mom when all they wanted was a happy getaway. I can't help but to feel bad because as a sister to Toto Kian, I have witnessed how other people can be mean at times before," she said in a statement posted by The Qrown Philippines.

"I was even bullied for having a brother with Down Syndrome. You know what, they have simple joys and their heart is so pure that no matter how bad others may treat them, they still see the goodness in people," the former Pinoy Big Brother housemate added.

Vickie remarked that it is important that we educate ourselves about children with special needs because we can do so much for them.

"I want to advocate for them because these children depend on us to voice out what they can't say and to fight for them. Let us educate ourselves because there is so much we can do for them and it's as simple as embracing them and being kind to them," she said.

Plantation Bay was recently called out by netizens after one of its shareholders responded negatively to a review on TripAdvisor by Mae Pages, the mother of the child with special needs.

Plantation Bay resident shareholder Manny Gonzalez has since issued a statement apologizing for how he handled the said matter.