Issa Pressman, Sofia Andres among the most searched female personalities on Google PH in 2020

Here are the lists of the most searched people and shows on Google Philippines this year. 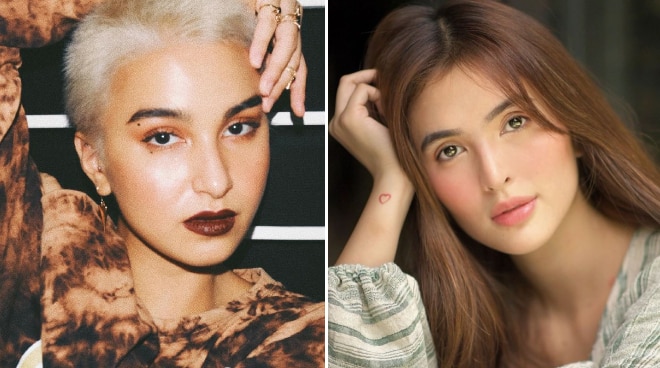 Topping the most searched female personalities list is Issa Pressman. It can be recalled that Issa was accused early this year as the reason for Nadine Lustre and James Reid's breakup. Issa categorically denied the said allegation.

Meanwhile landing in the second spot of most searched female personality was Sofia Andres who announced in July that she already had a baby.

Next on the most searched list was Ivana Alawi, followed by Vanessa Bryant (4th), and Janine Berdin (5th).

In the field of Gaming, 'Among Us' topped the search list followed by Genshin Impact. Alessandra de Rossi and Paolo Contis' 2018 starrer film 'Through Night and Day' topped the movies search list this year. Parasite, Mulan, Train to Busan 2 also made it to the list. pic.twitter.com/6jLkwGM2aB

Meanwhile, North Korean leader Kim Jong Un topped the most searched male personality in the country. It can be recalled that he was falsely reported to have passed away.

K-Drama 'Crash Landing on You' crash-landed on the top spot as the most searched TV show/series for 2020. Followed by 'Money Heist', 'It's Okay Not To Be Okay', 'Start-Up' and 'Itaewon Class' to round up the top 5. pic.twitter.com/KyT8F1Cd4e

Korean series Crash Landing on You was the most searched TV show in the Philippines this year.

It was headlined by Hyun Bin who played the role of Captain Ri and Son Ye-jin who portrayed the role of Yoon Se-ri. The series tells the story of a South Korean heiress who fell in love with a North Korean soldier.

Next on the most searched TV show list is Money Heist, It's Okay To Not Be Okay (3rd), Start-Up (4th), and Itaewon Class (5th).