Kim Seon-ho on Han Ji-pyeong in ‘Start-Up’: ‘I never expected the character to be this popular’

Kim Seon-ho admits he never imagined his ‘Start-Up’ character would receive so much love. 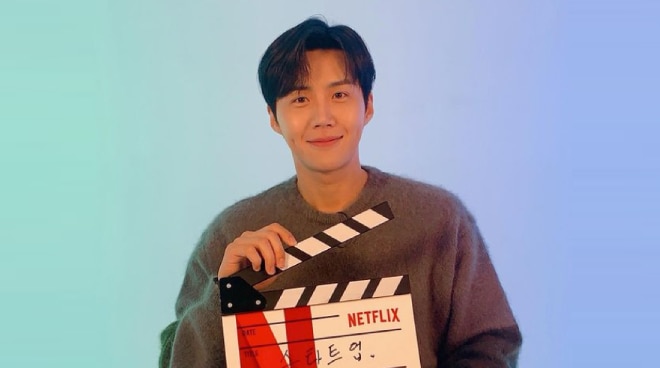 Following his newfound fame through the hit Netflix series Start-Up, Kim Seon-ho sat down with The Swoon where he opened up about working with Nam Joo-hyuk and the popularity of his character Han Ji-pyeong, among others.

According to Seon-ho, working with Nam Joo-hyuk — whom he described as an incredible actor — has been a good experience for him.

“I think Joo-hyuk-sshi is an incredible actor. He goes right into character. There are times when his performances shine through. For example, his facial expressions. And it impresses me every time. I go, ‘Why didn’t I think of this before?’ It was a good experience. I learned a lot. I always enjoyed filming with him,” he said.

Reacting to a scene where Nam Joo-hyuk put his basketball skills to test during a scene, Seon-ho revealed he and Nam Joo-hyuk became close together while filming scenes for Start-Up.

READ: Lessons on life, love, and business from the characters of ‘Start-Up’

“Joo-hyuk-sshi could do that because he was a basketball player. He wants Ji-pyeong to move over. Joo-hyuk was cleverly in control of that scene. It was fun because we became so close. We laughed a lot during the shoot. I think that’s why it felt like time was flying. When I film with Joo-hyuk-shi, it always starts and ends with laughter,” he said.

Meanwhile, Seon-ho also opened up about his newfound fame — something the Korean actor said he never imagined.

“When I first read the script, what caught my attention was this: Ji-pyeong goes through a lot of pain and a time of sadness. It’s an interesting character, so I thought it’d be fun to join this drama. That’s all I thought about. I never expected the character to be this popular. Thank you so much for loving Ji-pyeong,” he said.

When asked what he would do if he was in the same situation as Ji-pyeong in real-life, he said: “I think I’d just be honest. If Ji-pyeong were honest with Dal-mi, would he be by her side instead of Do-san? I don’t think so. Do-san and Dal-mi are meant to be together.”

He added: “Ji-pyeong secretly takes care of his loved ones. I think that’s his biggest charm. I thought ‘it is possible for someone to do all those things just to repay kindness?’ I think his innocent charm is what makes him shine.”

At the end of the video, Seon-ho gave a message to his character in the show, saying: “Ji-pyeong. I’m so grateful that I could meet you. From now on, try to express your feelings. If you don’t, it’ll be hard for you. It’s the best way to stay true to yourself, so always be gentle. And just like now, I hope you’ll continue to do well in the world of Start-Up.”