Ben&Ben announced that Kathryn Bernardo and Daniel Padilla will star in a music video for one of their songs, which will come out next week. 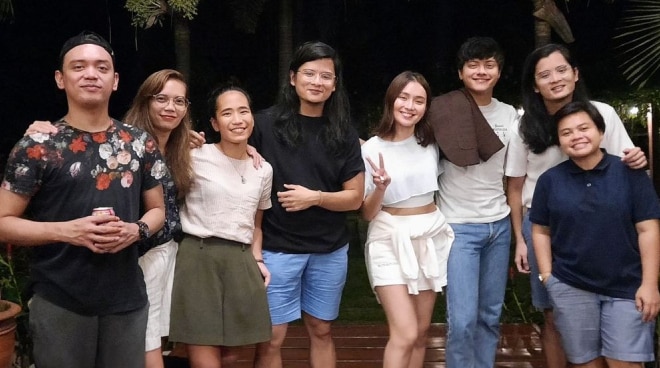 This is what OPM bamd Ben&Ben said as they announced on Wednesday, December 9, their unexpected collaboration with superstar couple Kathryn Bernardo and Daniel Padilla.

On their social media pages, Ben&Ben revealed that Kathryn and Daniel will star in a music video for one of their songs, which will be released next week.

According to the band, actor-writer Juan Miguel Severo wrote the story of the music video, while Jorel Lising, who helmed their most recent MV for their single "Di Ka Sayang," directed the project.

Their post did not say, however, which song will be featured in the upcoming offering with the couple popularly known as "KathNiel."

Nevertheless, even without many details, the collaboration's announcement sent fans of the band and the couple abuzz with excitement, with some calling the unexpected team-up as an "early Christmas gift."

"TALENT!!!! SO MUCH TALENT IN ONE PHOTO," said one Facebook user.

"For sure, this is lit! Can't wait," another added.

"Solid 'to!" the other netizen said.

Last month, Ben&Ben released their latest single "'Di Ka Sayang," saying that it is "their first single of the new era."

Some fans speculated that by "new era," the band meant that they will soon release a new album, which would follow 2019's Limasawa Street. The said record included hits such as "Pagtingin" and "Araw-Araw." The nine-piece act is also known for their other popular songs such as “Kathang Isip,” “Leaves,” and “Ride Home."