Jane de Leon will star in the television adaptation of 'Darna' in 2021. 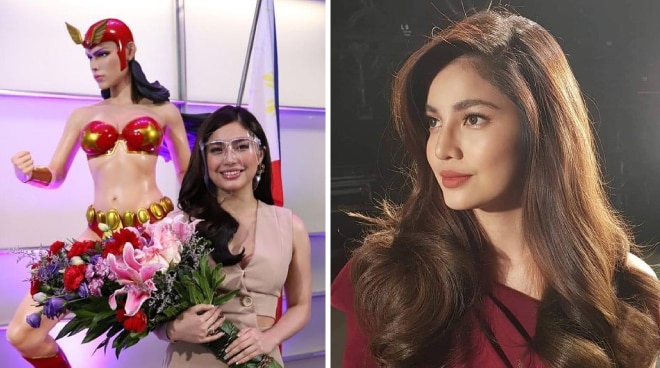 Jane de Leon shared her thoughts on those who doubt her abilities to carry the role of Filipina superheroine Darna.

The actress attended her contract signing with ABS-CBN on December 4 where it was also announced that Darna will now become a television series.

Addressing those who doubt her casting for the role, Jane admitted that she does get affected by the negative remarks.

She added that she understands though where the critics are also coming from.

Despite the skeptics, Jane extended her gratitude to those who choose to support her and believe in her.

The Darna star also thanked ABS-CBN for trusting her to continue carrying the role, this time on television.

It was in July 2019 when ABS-CBN announced Jane de Leon will be flying as Darna on the big screen.

However, amid the pandemic, ABS-CBN announced back in August that the film production of the superhero movie is "postponed indefinitely."

On December 4, ABS-CBN revealed that Darna will become a television show instead. Titled Mars Ravelo’s Darna: The TV Series, the show will air in 2021.