Here are all the stars who are part of this year’s ABS-CBN Christmas ID. 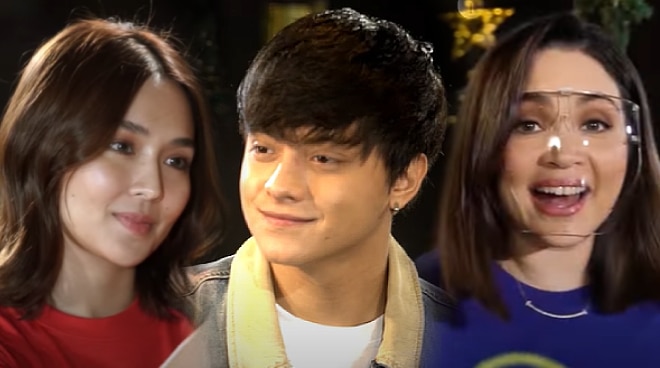 Nearly a week since the release of the lyric video for “Ligaya at Liwanag” which has received unprecedented reception from the public, ABS-CBN has finally released the Christmas ID of the network for this year.

The ABS-CBN Christmas ID 2020 featured stories of ordinary Filipinos as well as acts of gratitude from the Kapamilya network’s brightest stars, which included visits to various indigenous communities in the Philippines.

Erich Gonzales, for one, gave out solar lamps to the Dumagat Tribe in Sitio Paglitaw in Antipolo, with her “La Vida Lena” co-stars.

Members of the Payatas Kids Choir, on the other hand, received laptops from Kapamilya singers Zsa Zsa Padilla, Martin Nievera, and Jed Madela through a fundraiser held on Kumu.

Ivana Alawi’s relief efforts for the victims of the recent typhoon that hit the Philippines was also included in the Christmas ID.

The hosts of noontime show “It’s Showtime” gave gifts to bibingka and puto bumbong vendors while the cast of “Bagong Umaga” formed a message of “Light & Joy” through lamps.

Luis Manzano and the cast of "I Can See Your Voice" surprised those who lost jobs from the entertainment industry with gifts.

Also in the Christmas ID were Liza Soberano, Enrique Gil, Sharon Cuneta, Anne Curtis, Bea Alonzo, whose shots were filmed from their homes.

Stars of ABS-CBN’s well-loved programs such as Coco Martin and Yassi Pressman of “Ang Probinsyano,” Jodi Sta. Maria and Iza Calzado of“Ang Sa’yo Ay Akin,” and Angel Locsin who hosts “Iba ‘Yan,” as well as TV and radio anchors from ABS-CBN’s news division were also part of the video.

The cast of the highly-anticipated prequel to the cult hit “Four Sisters and a Wedding” and the members of the P-Pop idol groups MNL48, Bini, SHA Trainees also made appearances in the music video.

Several netizens lauded ABS-CBN for producing a Christmas ID this year despite the challenges brought about by the pandemic and the non-renewal of the network’s franchise.