Luis Manzano shares how his career in hosting started. 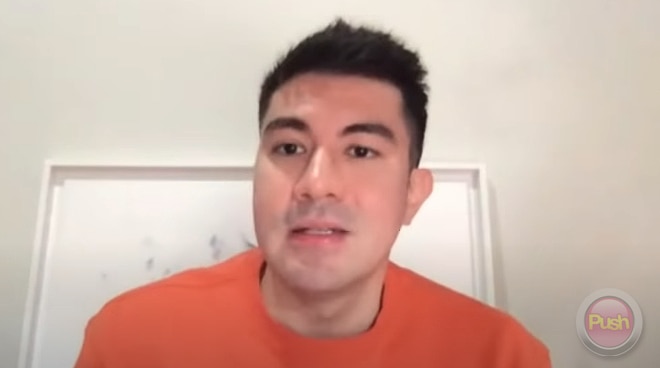 Luis Manzano revealed that hosting was actually not his dream career when he was younger.

In an interview with I Feel U, Luis relayed that he wanted to become a pilot or a doctor.

Luis relayed that landing a job with MYX as a VJ paved the way for him to pursue a career in hosting.

“I was always in showbiz for one reason or another. Either mapi-picturan ako kasama si Mommy or kasama si Daddy. One day nagkaroon kami ng guesting ni Daddy. I think that was the ‘Sharon Cuneta Show,’ mga 20 na siguro ako noon. Nakita nila siguro na may kakaibang kulit ako and nakita nila na kahit paano, I could speak. I had a meeting with MYX. Nag-meeting kami tapos we shook hands," he said.

Luis also tried acting in the course of his career in show business but he said that he is well-aware that many consider him better as a host than an actor.

“Kasi ang nangyayari, dahil ang kulit ko sa hosting, when people watch me act, they still think I am hosting. Parang may ganoon. For example, umiiyak na ako at binibigay ko na lahat sa eksena, natatawa sila kasi alam nila kung paano ako in person. Kasi paano naman, 'yun ang ino-offer natin sa hosting, how we do it, how we really are. The audience gets to see how we are,” he stated.

In an interview with MYX last November, Luis remarked that the music channel became his training ground as a host. It also opened many opportunities for him as a host.

"Everything started with MYX. It was my first show, then after that came 'ASAP,' came 'SCQ.' Siguro for Nikki (Gil) and I and Iya (Villania), we had different training for MYX also. When we started MYX, no prompters. We had nothing actually, it's basically just a script na bullet point. You are free to do your own thing, say wherever way you'll be more comfortable saying it. Para sa akin it was such a good training ground. That whatever I get to enjoy now I can easily credit it to me starting as a VJ for MYX," Luis said in the interview.

He added that MYX taught him to always show appreciation for the people working behind the camera.