Actress Jessy Mendiola has addressed speculation surrounding a viral photo of her apparently trying on a wedding gown. Actress Jessy Mendiola has addressed speculation surrounding a viral photo of her apparently trying on a wedding gown.

The photo, which was recently posted by Perez-Rubio Bridal on Instagram, came amid rumors that she's getting married to her longtime boyfriend, television host Luis Manzano.

However, on Monday, November 30, Jessy clarified that the snap was actually taken last year, for a scene in the romantic-comedy film "Stranded." 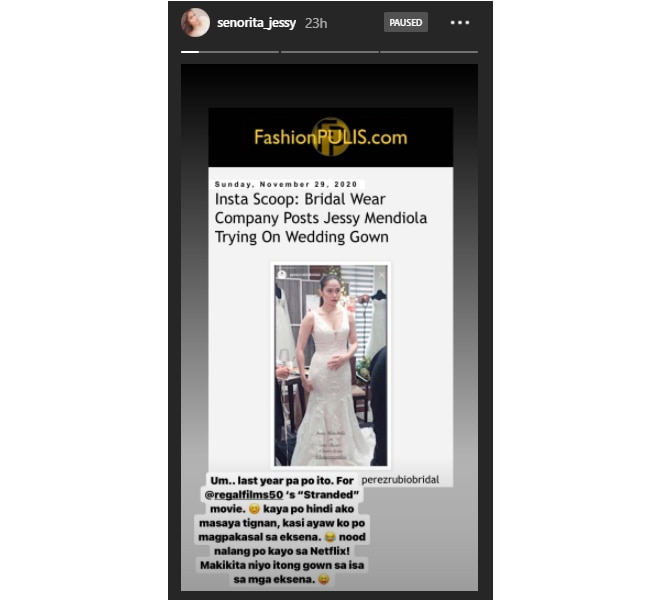 Jessy and Luis have been the center of engagement rumors for days now, after the former recently showed glimpses of what appears to be a huge diamond ring on her Instagram Stories.

The sight immediately prompted questions from their fans, pertaining to a possible engagement.

Last July, actress Vivian Velez said in a Facebook post that Luis has already expressed his desire of marrying Jessy to her family.

Meanwhile, in a February 2019 interview with Inquirer, Luis remarked that he is already "sure" that Jessy is the one he would marry.