Actress and Valenzuela councilor Charee Pineda has given birth. 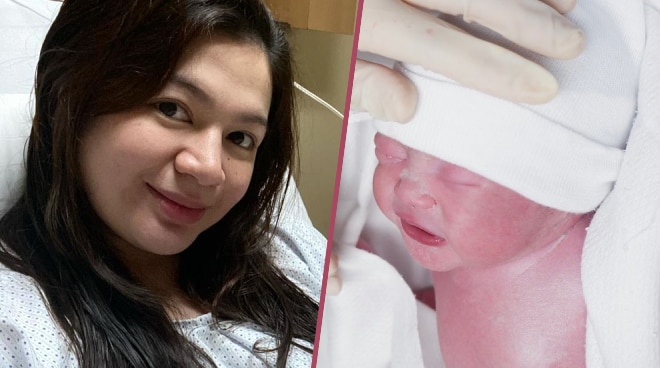 Actress and Valenzuela councilor Charee Pineda has given birth.

Charee, 30, introduced her newborn son with her non-showbiz husband, fellow councilor Martell Soledad, through an Instagram post on Monday, November 30.

"My answered prayer. My baby Martell Francesco Soledad!" she wrote in the caption.

"So many blessings to be thankful for. First, Thank you Lord for our super early Christmas present! Thank you for keeping us safe. Thankful for our families & friends who's been praying for us. Thankful to our doctors who treated us like their family, Dra. Janis Palaganas & Doc. Raul Quillamor. Thank you also for all the nurses who took care of me esp those who are assigned in HRPU unit. And lastly thank you to my husband who's been my rock from the start. Cheers to new journey with you my love and our little Cesco!" she added.

It was only last July when Charee first revealed her pregnancy.

She made the announcement on the occasion of her husband's birthday.

Sharing a photo of her and Martell holding a sonogram of their baby, she wrote: "And we're three! Happy birthday, Daddy Tetel!! Love you!"

Charee and her husband tied the knot last February, after being in a relationship for almost seven years.

Charee is best known for her role on Angelito: Batang Ama opposite JM de Guzman.