Actor-turned-producer Paulo Avelino shares his thoughts on working behind the camera for his latest project. 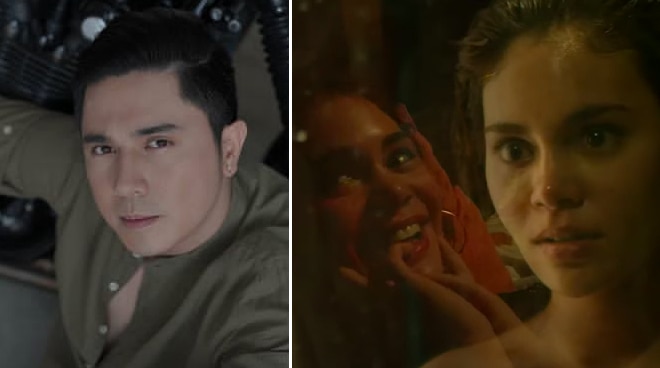 With his latest film project Sitsit now available online, Paulo Avelino said he enjoyed playing the real-life role of producer for one of the two film’s in Sitsit called Aswang starring Ivana Alawi. When in acting mode, Paulo is busy playing the lead in the action drama teleserye Walang Hanggang Paalam with Angelica Panganiban, Arci Muñoz, and Zanjoe Marudo where he also experienced shooting during the new normal.

The 32-year-old actor and producer also shared some of the challenges he has encountered with production delays trying to schedule shooting during a pandemic.

After co-producing the film Ngayon Kaya earlier this year, Paulo said he will not stop looking for good material for his film company, which is not limited to just doing film production.

In Aswang, Ivana Alawi plays a money-hungry prostitute named Joyce who is desperate to escape her life after being used and abused by different people. One day, she meets Nala, a stray dog who becomes her companion for life and ends up turning all her insecurities and worries into life-changing opportunities

Sitsit is a two-bill movie with the episode Aswang starring Ivana Alawi and directed by Erin Pascual. Co-produced by Paulo Avelino.

Sitsit is available on the iWant TFC app (iOS and Android) or on iwanttfc.com.