A volleyball superstar, TV personality and beauty queen - these are just some of Michele Gumabao’s titles. Learn more about her career journey here. 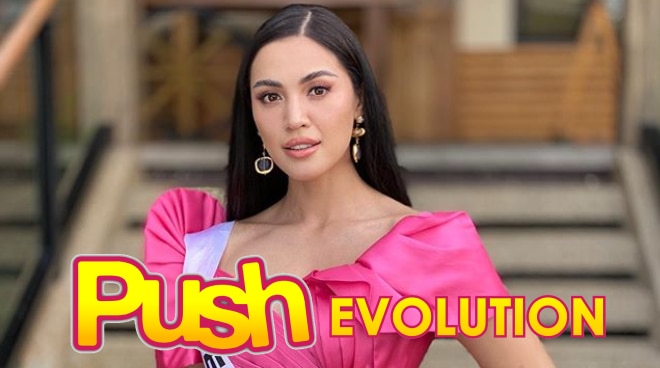 A pro in the court, on-screen, and on the stage, Michele Gumabao is indeed a multi-talented star.

Michele first rose to fame as a volleyball superstar.

She was part of the De La Salle University’s women’s volleyball team, the Lady Spikers, from 2010 to 2013 and became one of the team’s top players.

While thriving in sport, she was also making quite a name in the entertainment industry after joining Pinoy Big Brother: All In in 2014.

Later in 2016, she became part of ABS-CBN Sports+Action as a game analyst for NCAA Season 91 volleyball.

However, her career didn’t stop there. In 2018, Michele ventured into pageantry and competed at the Binibining Pilipinas 2018 pageant.

She was then crowned as Binibining Pilipinas Globe 2018 and represented the country at the Miss Globe 2018.

There, she bagged the Miss Social Media and Dream Girl awards.

Later in 2020, Michele once again tried her luck and joined the first-ever Miss Universe Philippines pageant, where she finished as the 2nd runner-up.

After the competition, her name became the talk of the town after rumors surfaced—which began after fellow candidate Sandra Lemonon claimed cheating was involved in the pageant, and when a photo of the top five candidates, including winner Rabiya Mateo, but without her, went viral on social media.

She, however, cleared the air and recently addressed the controversy.

In a vlog, Michele explained what happened the night prior to the coronation day.

She also explained why she was absent during the formal announcement of winners.

Michele likewise said she decided to take a break from social media after a "very exhausting two weeks."

The beauty queen ended by sharing her hope that future queens will have a better experience than she did during her stint in the pageant.

Things may have not been at their best for Michele, but she is indeed an empowered woman and an unstoppable force.

And we can’t wait to see what she’ll bring out in the years to come.

What can you say about Michele Gumabao’s statement?