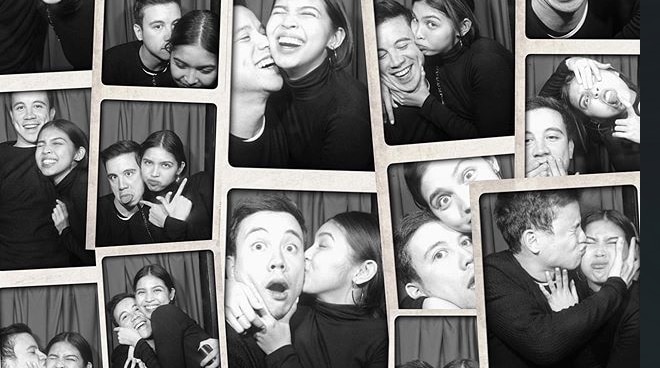 On her Instagram page, Maine shared a collage of sweet photos of her and her Arjo, who turned 30 this Thursday, November 5.

"Happy birthday," she simply wrote in the caption, with a heart symbol.

Hours prior to her post, Arjo's mother, Sylvia Sanchez, shared photos showing her family with Maine during the actor's early birthday celebration at home.

Arjo and Maine have been dating for more than a year.

They first admitted they were "exclusively dating" back in January. Months later, in December 2019, the two finally confirmed being officially a couple, as they greeted each other on their first anniversary together.

In an interview last February, Arjo admitted that he already sees himself spending the rest of his life with Maine.

“Of course,” the actor said, admitting that he and Maine have talked about settling down.

“Obviously, I’m of age already. Nothing to hide. Yes, we got to talk about it, so I said nga this is my love story, this is me, this is it for me, and you know we just have commitments and we still have things to do. And being here with each other throughout the years we just grow stronger. Eventually we’ll get there," he added.

Arjo said that when they do get married, he would prefer to keep it private.

"For myself, for my family, for everyone," he said.

Meanwhile, aside from Maine and Sylvia, Arjo's younger sister Ria Atayde also shared her birthday message for the actor.

Because even when I’m at my craziest, I know I’ll always have you to help calm me down and understand me. Happiest birthday to my ultimate best friend in life and to my favorite older brother. Thank you for making life funnier, easier, more colorful, more fun and more intense. I find comfort knowing that I’ll always have you to hold my hand through everything I go through in life (because you don’t have a choice lol). My wish for you is for all your wishes and plans to come true — regardless, know that I’ll always be with you. Love you, freak! Cow and Chicken always forever 🤟🏼