Jameson Blake on doing a BL film with Joao Constancia: ‘I’m the one being kilig!’ 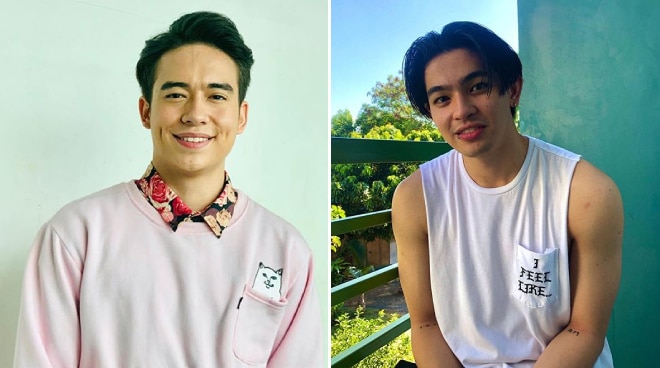 During his first time to do lock-in shooting after doing home quarantine for his new film My Lockdown Romance, Jameson Blake admitted he had to adjust to the new normal situation on the set.

“Nung first day it was really a challenge talaga. It was like a one-man show at first. I had to do most of the stuff by myself. Pero after a few days, I also got help from the production and Star Magic also helped me make things easier and it’s a challenge din kasi normally after a scene, I memorize scripts pero at the time we shot the movie I had to set up the camera and yung lights and stuff. It was a challenge but at the same time I’m also happy that we also got to learn something new. we got to experience how people behind the camera actually shoot the movie. so it was also a new learning experience para sa akin,” he shared.

With more and more BL projects launching online, Jameson said he is not worried about how the public will receive the film after it becomes available for streaming online.

“I can say na mas light siya siguro. It’s cute in some way and we always bring something different and they will see it eventually. Well I don’t feel that much pressure naman. I’m actually happy and excited on how this will be shown to the people because it’s going to be a very different style, it’s going to be shown on social media and everybody will be able to watch it at the same time din. Not so much pressure unlike pag may mga premiere night tapos madaming tao. That’s where I usually get pressured pero this time not so much. This time I’m very hopeful with this release sa movie na ito,” he explained.

Starring opposite Joao Constancia was not a problem according to Jameson. “Feeling ko ma-a-appreciate ng mga tao yung chemistry namin, chemistry ng both characters sa movie. I won’t reveal kung anong ginawa namin but that’s what I feel towards the movie. It was much easier for build chemistry because we were already friends and it wasn’t hard for us. We just needed to do some adjustments because we were so used to let’s say kapag may mga love team or we’re so used to having a girl as a partner, that kind of state na love team. So it’s really different for this movie. Konting adjustments lang but we managed to pull it off and I didn’t have a hard time. I actually enjoyed the experience,” he revealed.

Unlike his previous films like So Connected, Mama’s Girl, and Ang Babaeng Allergic sa WiFi, Jameson said doing a Boys Love story is a very different acting experience for him. “Sa perspective ko as my character, it’s a bit different. I was so used to being the one na nagpapakilig, making the girls kilig and stuff like that. In this one I’m the one being kilig! (laughs),” he added.

Directed by Bobby Bonifacio Jr, My Lockdown Romance will be available worldwide starting November 13, 2020. It can be purchased for P150 with several Cinexpress channels to choose from: KTX.ph (ktx.ph), iWant TFC (tfc.tv), Channel 190 and Channel 290 for HD on Cignal PPV (my.cignal.tv), and channel 158and channel 258 for HD on Sky Cable PPV (mysky.com.ph).