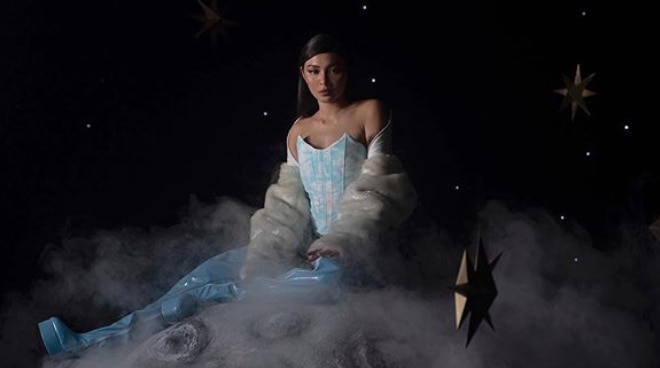 On his Instagram page, James Reid, whose music label Careless produced the record, congratulated his former girlfriend for her successful album launch.

Congrats @nadine for hitting 1M YouTube views on the ‘Wildest Dreams’ Visual Album! And to all our supporters helping us get there 🙏🏼 Thankyou: @zoopraxistudio Dom & Clem for you’re beautiful and creative minds in directing and everything else you did for this project. And Nikki Garcia for the set design. @bret.jackson @mkdavisjr @isaganipalabyab @massiah__ @kylegotscrewed @_calvinkeith for the music on the album. It’s in a genre of its own 🔥 @loxprod for taking all the hits as the executive producer 💪🏼 and @therollingromes our production manager. @zonlee @edenclona for the stunning photos, art and creative direction. @lynalumno for managing to fit a whole catalogue of outfits into the VA! @jellyeugenio @rhodrubia @paulnebreshair for hair and make up. @gforce_sherwin for choreo and also @gforce_ish @gforce_ram007 🤘🏼 @angelaafive , Steph, Chess and Gigil for marketing. You guys should be proud of what you accomplished for this project #clutchteam @jeriko.tan and Paolo for the late night grinds 📈 @hwamok89 our CEO for keeping us from spinning off into outer space 😅 This is just the beginning.. @carelessph STREAM WILDEST DREAMS! #NadineWildestDreams

"Congrats @nadine for hitting 1M YouTube views on the 'Wildest Dreams' visual album, and to all our supporters helping us get there. This is just the beginning," he said.

Directed by Dominic Bekaert with production house Zoopraxi Studios, the visual album dropped for free on Careless' and ABS-CBN’s YouTube channels over the weekend.

Starring Nadine herself, the 33-minute video is a compilation of six music videos that were stitched together to create a short film. Among the songs featured were "Dance with Danger," "White Rabbit (ft. Massiah)," "Glow," "Ivory," "Grey Skies," and the record's title track, "Wildest Dreams."

In a press conference for Wildest Dreams, Nadine said that the visual album was shot from end of August until September in a studio, at the Manila Hotel, and in Caylabne Beach Resort in Cavite.

"Wildest Dreams," according to Careless, is "a sonic adventure into the mind and heart of Nadine’s artistry. Drawing from personal experiences, we hear and feel true reflection throughout this album.”

Nadine and James previously shared that the album focuses “mainly on empowerment and self-love.”

"A lot of people message me and kind of look up to me when it comes to empowerment or being strong and fearless," said Nadine. "This is the perfect platform or catalyst to help empower and inspire people who listen to my music."

Listen to the album below: