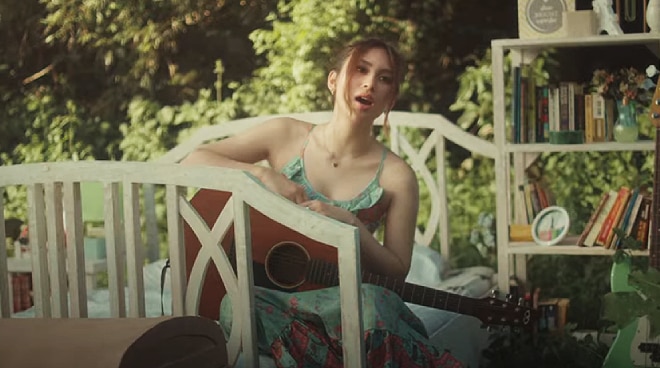 Jason Tan is credited as the director of the five-minute clip, which was shot at Epic Parc Rainforest in Tanay, Rizal.

"Pansamantala" is co-written by Lala and produced by Gad Tagadtad.

Released earlier this month, the song is about accepting one's imperfections.

“We keep expecting things from the people we love and we tend to get hurt because of that. And then we realize that we are not enough for them and it's no one's fault. None of us are easy to be with. We are not perfect," explained Lala.

She also said the lyrics could be about “fame, reputation, and happiness.”

“Everything can be temporary," she said. “Eventually, your environment and surroundings will change and you should be able to adapt and accept. As they say, what doesn’t kill you makes you stronger.”

As of writing, the music video of "Pansamantala" has been viewed more than 1,600 times.

The young singer is currently signed with Island Records Philippines.

Lala, the daughter of veteran actor Roi Vinzon, started her music career after joining "The Voice Teens" in 2017, where she finished as a runner-up to winner Jona Soquite.

While she did not win the competition, she has become one of the successful alumni of the talent show.