Sue Ramirez on shooting a movie in Morocco: ‘Anywhere you go is picture perfect’

Sue Ramirez on shooting a movie in Morocco: ‘Anywhere you go is picture perfect’ 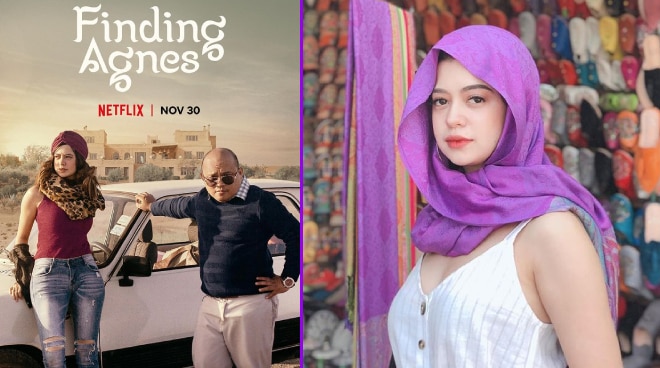 With her latest film Finding Agnes now available for streaming on Netflix starting November 30, Sue Ramirez said she was happy to do a different kind of character that veers away from her past roles like playing a prostitute in last year’s Cuddle Weather and a social media influencer in the digital film Love Lockdown which was released earlier this year.

In Finding Agnes, Sue plays the role of Cathy, an independent young woman who was born and raised in Morocco. “I accepted this role because I wanted to do something lighter than my previous roles that I’ve done. Kung mapanuod niyo yung film kasi, it’s not the heavy drama type. It’s a very quiet film and it’s something new for me to express emotion through parang mas quiet na approach. Parang sometimes it’s not always about splurging and giving out all the emotions in a big way. Sometimes yung hurt nasa pinaka maliliit na nuances, nandun sa mas pinakmaliliit na emotions, pinakamaliliit na acting. So aside from of course, getting to shoot in Morocco, it was really the script that made me like to do the project,” she shared.