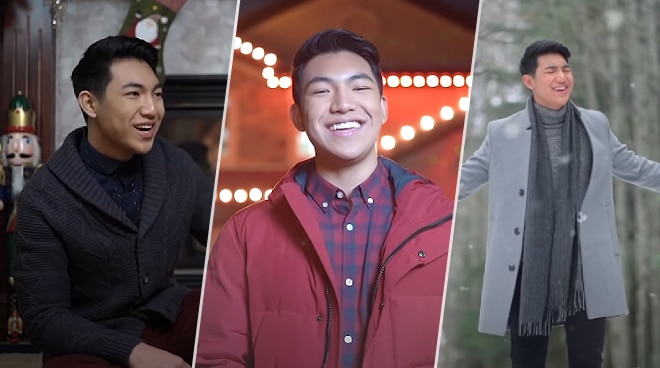 Darren Espanto wants to deliver the true meaning of Christmas in his newest song "Believe in Christmas."

"Ito pong 'Believe in Christmas' is very straightforward. Ang dami nating pinagdadaanan this year, I just want something na may positive message po," he said in an interview with the program Sakto on TeleRadyo.

Darren remarked that through the song, he hopes that it can spark hope, love, and joy in the hearts of its listeners.

"'Ito pong 'Believe in Christmas' since marami nga pong hindi na naniniwala that we can still spend the holidays together... we just wanted to give a simple message that if we keep that faith and if we keep believing in hope, love and joy -- which is the true essence of Christmas -- kaya pa rin po nating i-celebrate ang holidays na masaya," he stated.

The song is composed by Tiny Corpuz who is a collaborator of ABS-CBN for its Christmas Station ID songs.

The music video for "Believe In Christmas" premiered on Darren's YouTube channel on November 19.

It was directed by the singer himself. The music video was shot in Canada, where the singer is currently residing since March.

"I know that not everyone has the luxury and the means to celebrate Christmas pero sana po ay mabago po ang pag-iisip nila with this song," he stated.

The song was released by Darren as a single on December 13.

"Thank you to everyone who’s been streaming and downloading my new Christmas single, “Believe In Christmas”! Thank you for making it #1 on iTunes! Y’all are incredible! Check it out on your favorite digital streaming platforms!" he posted on his Instagram page last November 14.