WATCH: The Barretto family goes on a vacation

Marjorie Barretto, along with her children, grandchildren, sibling Mito, nephews and niece, went on a getaway. 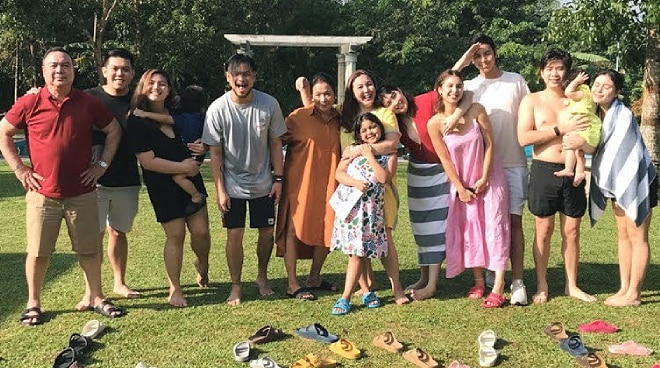 Marjorie Barretto went on a vacation with her family including children Dani, Julia, Claudia, Leon, and Erich other members of the Barretto clan close to her like her brother Mito and nephew Pocholo.

Dani’s 3 day birthday celebration... and this is the only photos i have! Happy Birthday first born❤️ I love you... and Millie bear too!

The 46-year-old Barretto, as shown in her latest vlog, documented how she prepared for the private resort getaway which she revealed took them a month to book.

“We waited a month to get a slot in this beautiful property,” she said.

READ: Marjorie Barretto reveals she once went to a bar in pajamas to catch her ex-boyfriend cheating

According to Marjorie, the trip allowed them to be able to once again spend time together in one house especially since her daughters Dani and Julia are now living in different houses.

“This is another chance for me and my children to all be in one house again for two nights, eating and playing board games, swimming, and also a lot of cooking,” she said.

Throughout the entire vlog, the Barretto family can be seen enjoying their stay at the private resort located in Silang, Cavite.

At the end of the vlog, Marjorie expressed her happiness to be able to spend time with her family on what she described as a “much-needed trip.”

READ: Marjorie Barretto pens heartfelt message for late father on his birthday: 'It hurts like crazy'

“It was a lot of laughter and bringing back old memories and it was just really the break that we all needed. So we’re going back to Manila. Back to reality, back to work, back to homeschooling. But I hope I was able to share with you the simple ways in which our family celebrates. It was fun,” she said.