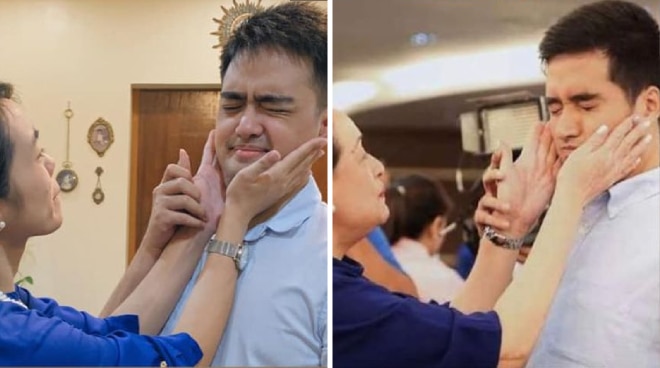 A man who has an uncanny resemblance with Vico Sotto dressed himself up as the Pasig City Mayor for Halloween.

On Facebook, 25-year-old Carl Cervantes shared photos of him and his girlfriend Toni Sarcida, where they recreated moments from when Connie Reyes expressed her glee upon finding out her son won the elections last year.

“Ma, I’m sorry ma,” he wrote in the caption, referring to the famous line of Toni Gonzaga’s character from the hit movie “Four Sisters and a Wedding.” The veteran star played the role of the mother in the film.

Ever before his now-viral photos made rounds online, Carl has already been receiving remarks about how he looks exactly like Mayor Sotto, as seen in the comments from his previous posts.

“Akala ko si Mayor Vico,” wrote one friend in one of his profile pictures, which was first posted last July.