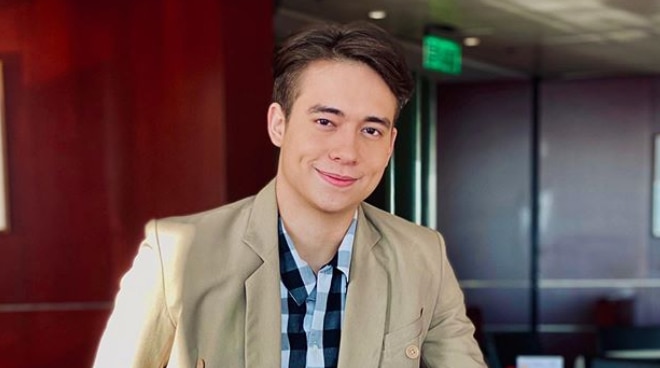 After doing his first coming-of-age film 2 Cool 2 Be Forgotten in 2016, Jameson Blake said he is grateful to be part of My Lockdown Romance. Netizens have shared their excitement at the film’s release starting November 13.

“I’m happy din kasi I know they’re happy. Because I’ve been seeing tweets din ever since my very first movie na 2 Cool 2 be Forgotten. That was also coming of age (film) din. So I have seen some fans tweeting and commenting na they were waiting for a movie na something similar to that. So the initial reaction was that I felt excitement for them at the same time,” he shared during the My Lockdown Romance presscon held last November 2.

In the film, Jameson plays the role of Tom who ends up virtually reconnecting with his former friend from college named Kendrick during the lockdown. Jameson said he can relate to his character in some way but not fully.

In real life, Jameson clarified he and last rumored flame Elisse Joson never had a relationship. “Wala pa akong girlfriend. Not really dating. Hindi po totoo yun. We were never together. At saka it’s been a while na din. Sobrang tagal na rin yun,” he said.

The Fil-British actor also admits that he has no serious romantic prospect at the moment. “Nung lockdown not so romantic nangyari sa akin. I believe during the time na lockdown was the perfect time rin to reconnect with someone and that’s what I believe and I was sort of seeing someone. It’s still developing, let’s say. Hindi naman umabot sa point na super romantic that’s why I say my lockdown not so romantic. So ayun. Medyo parang semi lang, parang light lang nangyari. Hindi siya artista,” he added.

Directed by Bobby Bonifacio Jr, My Lockdown Romance will be available worldwide starting November 13, 2020. It can be purchased for P150 with several Cinexpress channels to choose from: KTX.ph (ktx.ph), iWant TFC (tfc.tv), Channel 190 and Channel 290 for HD on Cignal PPV (my.cignal.tv), and channel 158 and channel 258 for HD on Sky Cable PPV (mysky.com.ph).