Get to know the Korean oppa who captured the hearts of many Filipinos in the K-Drama series ‘Start-Up.’ 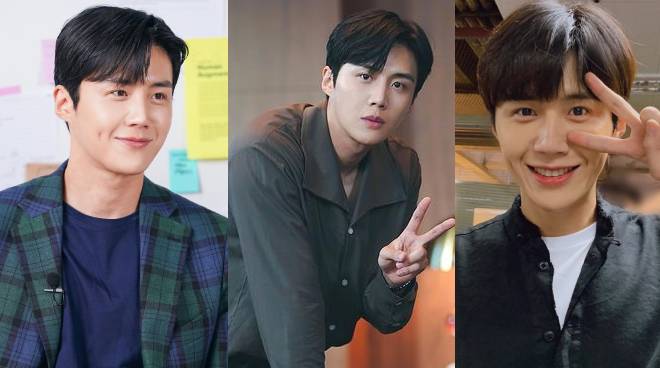 There is a new Korean oppa that has captured the hearts of many Filipinos and his name Kim Seon-ho. The 34-year-old Korean actor's portrayal of Han Ji-Pyeong in the hit K-Drama series Start-Up has been widely praised and has given K-Drama fans major second lead syndrome.

If you are one of the new fans of Seon-ho, here are 5 facts you should know about him.

1. He is a theater actor

He made his theater debut in 2009 in the show called New Boing Boing. In the reality show 2 Days & 1 Night, Seon-ho opened up about his background in theater.

“I heard you sold out all the seats. There’s no need to be humble, so just tell us what happened," his 2 Days & 1 Night co-star Moon Se Yoon Se Yoon asked him.

In response, the actor revealed that he was like an "idol" in the theater world. “It was to the extent that the cars couldn’t pass," he shared.

Seon-ho is set to star in a theater show called Ice in 2021.

He starred in Good Manager, Strongest Deliveryman, and Two Cops. His role in Two Cops earned him the Excellence Award, Actor in a Monday-Tuesday Drama and Best New Actor at the 36th MBC Awards Drama.

3. He is a fan of the writer and director of Start-Up

In an interview with Esquire Korea, he revealed that he chose to be part of the show because he is a big fan of the previous series of writer Park Hye-ryun and director Oh Choong-wan.

“Just the thought of taking on a project created by them made me nervous, but the script was also beautiful. It was a story with fairytale-like beauty, yet it was also realistic. I wished to be a part of this picture, so I said that I want to do it," he told Esquire Korea as translated by entertainment website Soompi.

4. He first rode an airplane when he was 32 years old.

According to the actor, he has always been afraid of experiencing new things.

"I have always been someone with a lot of fears. I am not someone who will approach something with positive thoughts. If you wonder how bad it is, I found traveling an unfamiliar concept to me so that it was not until I was 32 years old that I first rode an airplane," he revealed in an interview with Marie Claire in 2019.

He added, "That was also because I could not help it, since it was a close family occasion. It was through Chief Kim's reward vacation that I first learned the appeal of traveling. Since that, I have started going on domestic travels bit by bit. Anyway, I am really bad at having the courage to do something, and positively deciding to start acting was one of the most outrageous choices I have made."

5. He has been offered to star as the lead in an upcoming drama.

While he is still doing Start-Up, Seon-ho has already been offered a new project and this time he is going to be the lead star.

“Kim Seon Ho received an offer to star in the tvN’s new drama Link. We feel cautious about giving an exact statement at the moment as Kim Seon Ho is still filming ‘Start-Up,’ but he will thoroughly review the script," the agency said in a report by Naver as translated by Soompi.

He is reported to play the role of Eun Gye Hoon in Link, a chef who sets up a restaurant in the same town where his twin sister went missing 20 years ago.