V just loves PH ARMYs so much, doesn’t he? 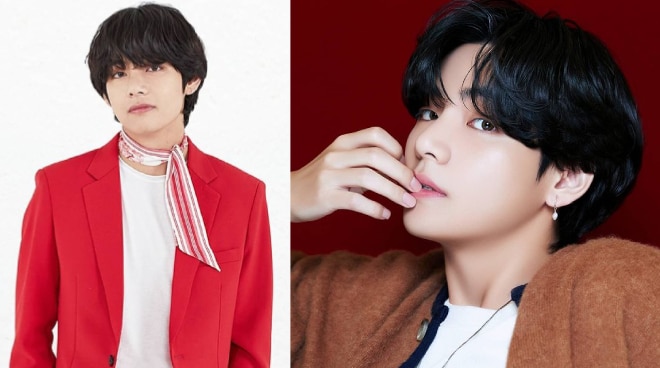 V of K-Pop group BTS had Filipino ARMYs rolling in kilig after he gave a sweet shout-out they consider as yet another win.

During a VLive broadcast, V — whose real name is Kim Tae-hyung — surprised BTS fans when he once again said the Filipino phrase “Mahal ko kayo” which, when translated to English, means “I love you.”

One of the fans who posted a snippet of the live session — specifically the part where he mentioned the phrase, wrote: “Still can't believe that we (PH ARMYs) won tonight! This is the second time when Taehyung says ‘MAHAL KO KAYO’ in their VLIVE! Omyyyyy!”

Another fan wrote: “TAEHYUNG IS THE ONLY PERSON IN BTS WHO ALWAYS SAY ‘MAHAL KO KAYO’ HIS LOVE IN PH ARMYS IS LITERALLY OVERWHELMING. MAHAL DIN KITA! ACKKKKK WE WON 0H ARMY.”

TAEHYUNG IS THE ONLY PERSON IN BTS WHO ALWAYS SAY "MAHAL KO KAYO" HIS LOVE IN PH ARMYS IS LITERALLY OVERWHELMING 😭🤍 MAHAL DIN KITA!!!! ACKKKKK WE WON 0H ARMY pic.twitter.com/HaiBeJrS5X

Meanwhile, one other fan unearthed a video of him saying “Mahal ko kayo” during a visit to Manila.

gonna bring this back when taehyung keeps on saying "mahal ko kayo" after their concert in Manila since he said it again on live,, oh my!! PH armys, how are we feeling😭pic.twitter.com/9KgoXtskA2

Last May, V and fellow member also Jungkook also said “Mahal ko kayo” not once, not twice, but six times.

Having seemingly remembered how the group would say the line whenever they would visit Manila, he said: “We said this on tour a lot, right?”

As part of his solo endeavors, V recorded the track “Winter Bear” as well as the song “Sweet Night” which was part of the official soundtrack of his good friend Park Seo-joon's drama called Itaewon Class.

He also ventured his way into acting through the hit drama Hwarang where he played the role of Seok Han-sung.