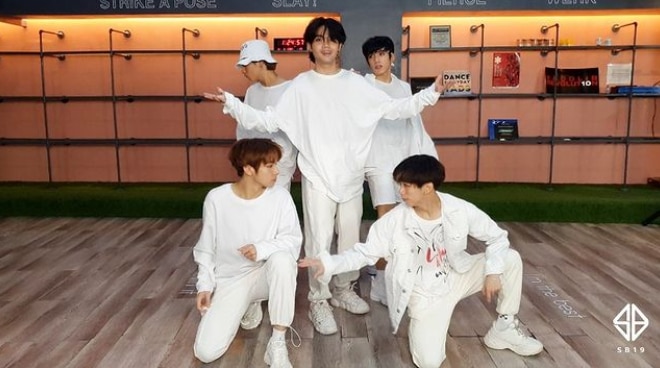 SB19 continues to dominate the international arena as the P-Pop group’s hit song “Alab” makes it to not just one but two Billboard charts.

On Twitter, SB19 proudly shared their newest feat as they debuted at number 1 on the Global chart of Billboard’s LyricFind and number 6 on the U.S. chart in the same category.

SB19, wrote: “The impact of Filipino music is beyond doubt! 'Alab' debuts at 1st on Billboard LyricFind Global Chart and 6th on LyricFind US Chart! Thank you for the recognition!“

“Alab” is part of SB19’s album Get in the Zone which was released this year.

LyricFind — dubbed as the world’s leader in lyric licensing — ranks the top lyric searches through its syndication service.

This is not the first time the group made it to a Billboard chart.

Last August, SB19 landed on the second spot of Billboard’s Social 50 chart and the sixth spot on the Emerging Artists chart.

"A’TIN, it’s hard 2 believe! Thank you for supporting and loving our music unconditionally. Let’s be each other’s safe place, shoulder to cry on, happy pill, and reason to smile. We can do this as long as we are 2gether," SB19 wrote in an Instagram post back in August.

Billboard Social 50 is a chart that ranks the most active musical artists on social networking sites around the world. Meanwhile, the Emerging Artists chart ranks the most popular developing artists of the week.

Apart from “Alab,” SB19 has also produced numerous other hits such as “Go Up,” “Tilaluha,” and “Hanggang Sa Huli.”