BTS earned a nomination in a major category at the Grammy Awards 2021. 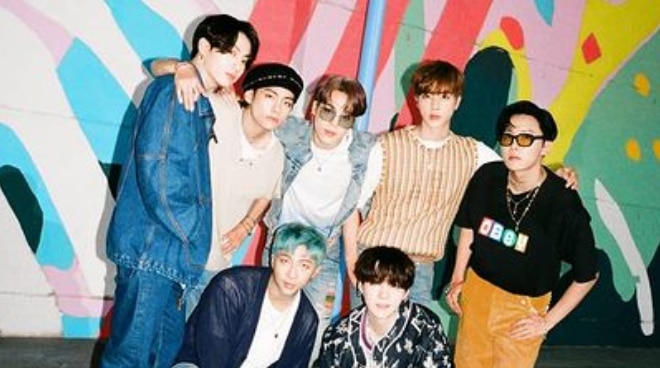 BTS has once again made history as the first-ever K-Pop group to earn a nomination in a major category at the Grammys.

Seven-piece group BTS continues to soar higher as the boys marked another milestone with a nomination at the 2021 Grammy Awards thanks to their infectious hit “Dynamite” which debuted at number 1 on the Billboard Hot 100. The boys of BTS were nominated for Best Pop Duo/Group Performance.

See the reaction of the boys upon finding out their nomination in the video below:

Leading the nominations at the 2021 Grammys are Beyoncé with nine total nominations and Taylor Swift, Dua Lipa, and Roddy Ricch with six nominations each.

See the list of nominees from some of the major categories:

Album of the Year

Record of the Year

"Everything I Wanted," Billie Eilish

Song of the Year

"The Box," (performed by Roddy Ricch)

"Everything I Wanted," (performed by Billie Eilish)

"If the World Was Ending," (performed by JP Saxe featuring Julia Michaels)

"The New Abnormal," The Strokes

"It Is What It Is," Thundercat

"Alfredo," Freddie Gibbs and the Alchemist

"Your Life Is a Record," Brandy Clark

BTS is the group behind the songs “Dynamite,” “Boy with Luv,” and “MIC Drop,” among others.

Meanwhile, Trevor Noah — who hosts the program The Daily Show— will serve as the emcee at the 2021 Grammys which will air on NBC in 2021.