Singer Jake Zyrus congratulates France for winning in the same category as his documentary film. 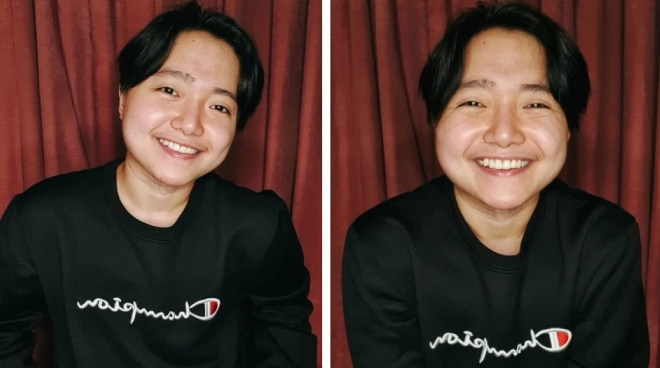 After sharing his life story as a transgender man in the documentary film Jake and Charice, singer Jake Zyrus was proud to share last September that the film had also been up for nomination in the Arts Programming category of the International Emmy Awards this year. Jake and Charice had already bagged top honor in the US International Film and Video Festival earlier this year.

The documentary was nominated along with other films from around the world lincluding Refavela of Brazil’s HBO Brasil/Conspiração, Vertige de la Chute (Ressaca) of France’s Babel Doc/France Televisions and Why Do We Dance? of the United Kingdom’s Sky Arts Production Hub. During the International Emmy Awards 2020 awards night held in New York City on November 23, France’s Vertige de la Chute (Ressaca) bagged the award. Jake immediately took to Instagram to congratulate the winning film.

He wrote, “Congratulations France for winning an Emmy!!! Still, I am grateful. To be nominated and to see my story being told all over the world is a winning moment for all of us. Thank you @iemmys for sharing my story. Thank you to my team, to NHK Japan, ABS-CBN and Documentary Japan Inc for trusting me. To Japan, representing your country has been an honor and will always be, but I am really proud to share this moment, as a Filipino. MABUHAY KAYO. MABUHAY TAYONG LAHAT!!!”

Jake and Charice first premiered in Japan last year. It was produced by Japan’s national broadcasting organization NHK in cooperation with ABS-CBN. This year’s International Emmy Awards had 44 nominees across 11 categories and 20 countries.