Iza Calzado on acting in an online series: ‘It gives you more freedom, a little less pressure’

Iza Calzado talks about being excited for her first rom-com series starting next year. 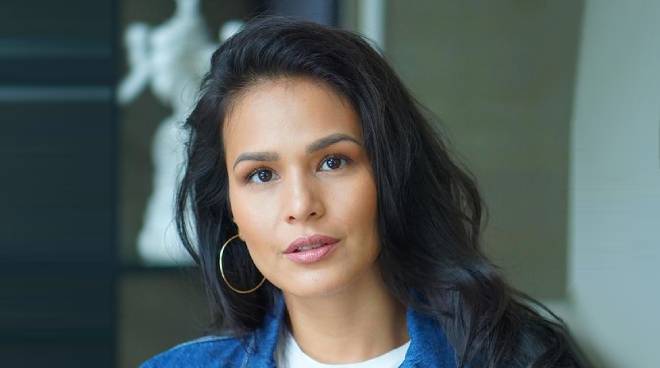 Iza Calzado said that working on a show on a new platform will give actors more choices in their craft.

“As an actor definitely it gives you more freedom, a little less pressure. May ganun eh. And it will actually excite you more because if you’re not having to cater so much to what everybody wants. You’re doing projects that are new so it’s exciting. And it will help with your artistic growth and it will feed your artistic soul. It’s the experience eh. It’s a whole experience of going to the cinema that we will miss and that we are currently missing. Babalik din siguro dun one day but the landscape has changed a lot and we have to also kind of not resist so much and go with the flow of where things are taking us to and just see what the future holds,” she explained during the WeTV Philippines media launch.

Having just finished lock-in taping for her Kapamilya channel series Ang Sa Iyo Ay Akin, Iza said that unlike other celebrities who are part of AKTOR, she was not able personally able to help with the fundraising efforts.

“I’m really, really proud of everyone’s hard work. Kakalabas ko lang kasi ng bubble so I wasn’t really able to help out with the packing and a lot of these things. Kami ni Jodi (Sta. Maria) actually were seeing all of these things, alam mo yung parang you want to do more pero you can’t? Kasi siyempre we were locked in. So we’re so grateful that so many of our co-Aktor members and even mga volunteers were there. Actually dumaan ako nung when I got out and I was there and sobrang bilib na bilib ako,” she said.

The Ang Sa Iyo Ay Akin actress admitted she felt a little guilty to have missed the opportunity to personally be there to help. “And I think I just want to point out also that na-feel ko kasi ito, na parang may sense ka of guilt. But during these times I think, as long as you know you did your best and you really helped another person during a time of struggle, I think that’s really already a good thing. In terms of donation, kahit piso, limang piso, kung anong nakayanan mo bigay na puwedeng tinulungan mo maglinis ng bahay or something, I think that’s really already a blessing. Siguro I’m telling myself this na parang we shouldn’t feel guilty if we’re not able to do as much as we can. Kasi it can affect us also mentally and emotionally. But of course praying for everybody who was affected by it,” she added.

Iza’s new digital series B&B: The Story of the Battle of Brody and Brandy is part of the new content lineup of WeTV Philippines for 2021.