Even Miss Universe Philippines 2020 Rabiya Mateo is doing her part to lend aid to displaced families affected by the series of typhoons that recently hit the country. 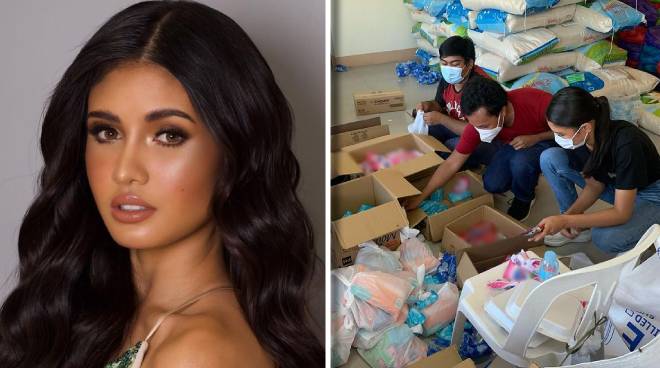 Even Miss Universe Philippines 2020 Rabiya Mateo is doing her part to lend aid to displaced families affected by the series of typhoons that recently hit the country.

On her 24th birthday, the Ilongga beauty queen launched a donation drive for the victims of Typhoon Ulysses and Supertyphoon Rolly.

“Tomorrow will be my 24th birthday but I cannot be fully happy knowing some victims of Typhoon Rolly and Ulysses have nothing to eat or wear,” Rabiya wrote in an Instagram post last week.

“To all Ilonggos, I’m asking for your support in my donation drive on my birthday in any kind. ... In the darkest moment, don’t be afraid to be a helping hand to those people who needed it the most,” she added.

A week later, Rabiya flew to Tugegarao City in Cagayan, which was among the worst-hit areas by the recent Typhoon Ulysses, to distribute relief packs to the flood-stricken families.

"One day. Four different towns. Same goal. One Heart!" she wrote in the caption.

Rabiya also thanked those who supported her charity effort, as she revealed that her donation drive has already raised nearly P250,000.

"Next target is to distribute relief goods around Metro Manila," she said.

Cagayan has been placed under a state of calamity after Typhoon Ulysses unleashed some of the worst flooding in years in parts of Luzon last November 12.