The Tagalog version of ‘Lovely’ is finally out. 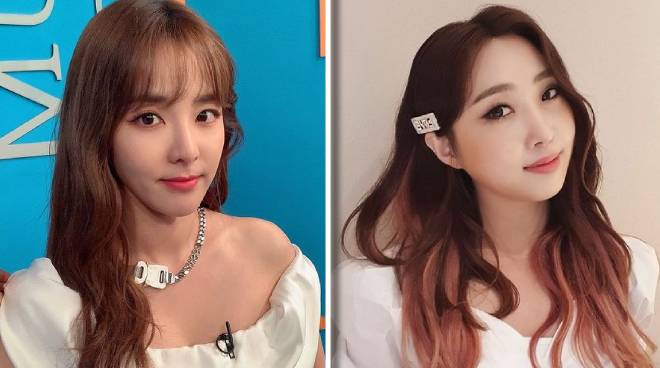 With Minzy’s single now officially out for the world listen, the newly-signed VIVA artist earned the approval of her fellow 2NE1 member Sandara Park who has shown her support on Twitter.

READ: Former 2NE1 member Minzy shares why she decided to launch a music career in the Philippines

In the Tagalog verse of her song, Minzy says that she will always have someone else’s back no matter what happens.

In an interview with ABS-CBN News, Minzy said she didn’t have a hard time singing her lines in Tagalog because she studied hard to learn the language.

“Hindi naman ako sobrang nahirapan, because okay naman ang pronunciation ko,” Minzy said. She added: “Every night, I tried to study the Tagalog words, translating everything into Korean and understanding the meaning of every word.”

In the same interview, Minzy said it was Sandara Park who made her fall in love with the Philippines.

Sandara Park and Minzy became close friends through the trailblazing K-Pop group 2NE1 where both debuted as members in 2009.

READ: Minzy of 2NE1 signs with VIVA, gears up for debut in PH

In 2016, both girls bid goodbye to Blackjacks (2NE1 fans), following the disbandment of the YG Entertainment-formed group.

A well-loved personality in the Philippines, Sandara earned the monicker “Pambansang Krung-Krung ng Pilipinas.” She rose to fame after her appearance in the hit ABS-CBN reality talent search Star Circle Quest.