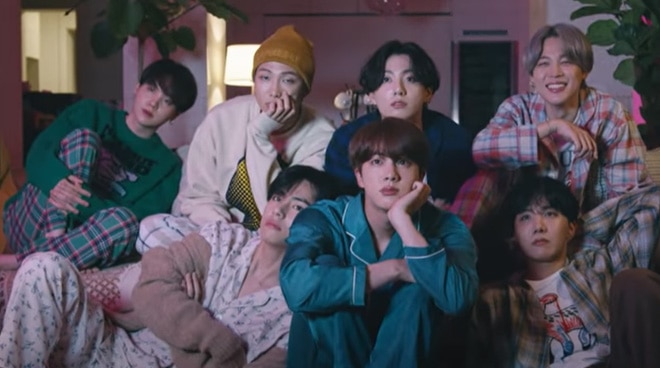 The official music video of their new single "Life Goes On" has also been released on YouTube.

According to Korean entertainment website Soompi, "Life Goes On” is an alternative hip hop genre song with a sentimental guitar sound. The relatable lyrics provide a comforting message that “life goes on” even through difficult circumstances.

According to a press release, "BE" contains the most "BTS-esque" music yet, and features a direct involvement from members of the band not only in the music but also in the "concept, composition, and design" of the album.

READ: BTS to drop new album ‘BE’ on November 20

"The latest story from BTS begins by declaring that, 'even in the face of this new normality, our life goes on' and imparts a message of healing to fans and to the world," its agency, Big Hit said in the statement.

"BE" is their latest release after their all-English single "Dynamite," which achieved commercial success and broke several records after it premiered last August. Notably, it saw the seven-piece act become the first international and Korean band to debut at Number One on the Billboard Hot 100 chart.

BTS  — composed of members RM, Jin, Suga, J-hope, Jimin, V and Jungkook  — debuted in 2013 under Big Hit Entertainment and has since become one of the major players in the K-pop industry. They are known for their hits "Boy With Luv," "Dionysus," "On" and "Fake Love."