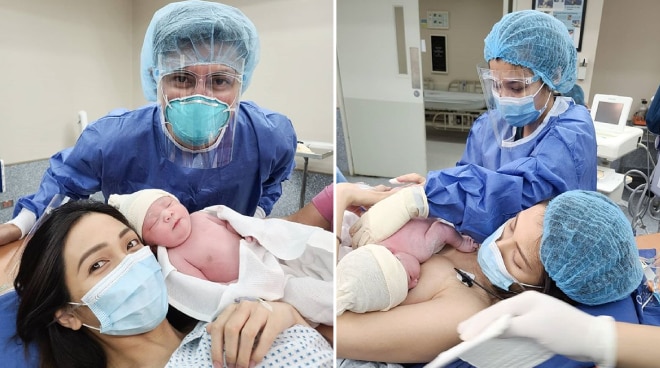 Based on her post, the actress gave birth to a healthy baby girl, whom they named Kaia Rosalie, via normal delivery at 10 p.m. at St. Luke's Medical Center.

"Thank you Lord for this wonderful blessing!" Regine said in her post, which showed photos of her with her husband and their newborn child.

Hello world! Gave birth via normal delivery last night (Oct 31) to our baby girl Kaia Rosalie at 10pm. Thank you so much @thejavismd for helping me get through this kahit na ang laki laki ni baby 😅🥰 Thank you Lord for this wonderful blessing! 💕🙏

Days before she gave birth, Van Victor expressed his appreciation to Regine for all the sacrifices she made during her pregnancy, as he greeted her a happy birthday.

It was in April when Regine first announced that she was pregnant with her second child.

Last August, the actress and her husband held a DIY party at home to reveal the gender of their second baby.

The couple tied the knot in January 2016.

They already have a child, Viktor Alesso, who just turned 3 last October.