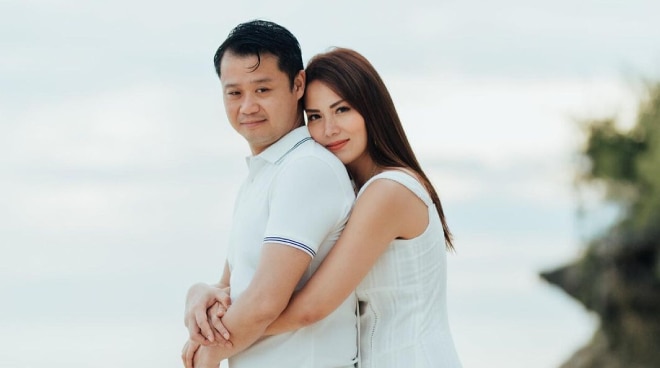 Bianca Manalo and Senator Sherwin Gatchalian are celebrating their second year together as a couple.

In an Instagram post on Wednesday, November 18, the beauty queen-actress shared a sweet photo of them at the beach as she greeted her boyfriend a happy anniversary.

She also shared the bouquet of roses she received from the senator on their special day.

"Thank you for the flowers, babe," she said.

It was in November when Bianca finally set the record straight about her relationship status with Sherwin after she greeted him on their anniversary via an Instagram post.

Prior to that, the “FPJ’s Ang Probinsyano” actress shared a photo of her with the politician in an apparent confirmation of their rumored relationship.

Just last February, speculations about their engagement surfaced after a dramatic photo of them with the Eiffel Tower in the backdrop made the rounds online.

However, in an interview with reporters, Sherwin clarified that the photo wasn't part of a prenuptial shoot.

“Hindi pre-nup 'yun. Souvenir photo sa Europe 'yun,” he said, when asked if he already proposed to the actress in the City of Lights.

Of their relationship, Sherwin said they were still “enjoying the dating process.”

“We’re seriously dating so we’re thinking about these things and we’re praying about it,” he added.