Zaijan Jaranilla is not a boy yet in the first official trailer for ‘Boyette’! 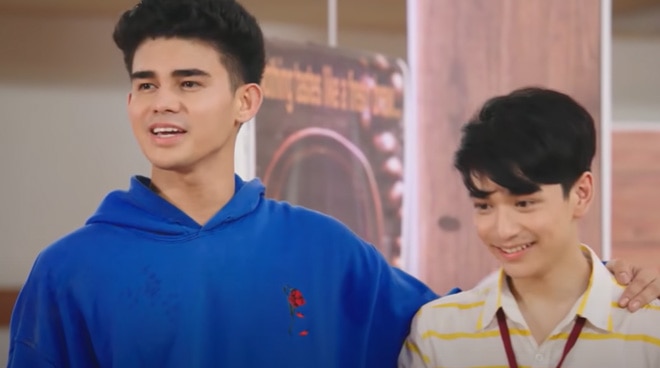 The first trailer for the coming-of-age film ‘Boyette’ has finally been released – and it features Zaijan Jaranilla’s character falling for Inigo Pascual.

Star Cinema has officially unveiled the trailer for its latest offering ‘Boyette: Not A Boy Yet’ – which sees Boyette (Zaijan Jaranilla) going on an adventure as he navigates his way to find his true identity.

As Boyette enters his freshman year in college, he will reunite with his old friend portrayed by Inigo Pascual, and meet a new one played by Maris Racal.

Also part of the film is Joey Marquez who plays the father of Boyette. With all the internal struggles and external complexities, will Boyette successfully come to terms with his own identity?

As of this writing, the trailer for ‘Boyette’ is currently on the 29th spot of YouTube’s top trending videos.

Jumbo Albano, who wrote the screenplays for some of Vice Ganda’s blockbuster hits, helms the highly-anticipated film.

Meanwhile, ‘Boyette’ is set to start streaming on November 27 via KTX.ph and iWant TFC. It will also be available on Sky Cable pay-per-view and Cignal pay-per-view.

Zaijan rose to fame as a child actor after starring in the hit teleserye “May Bukas Pa” where he played the role of Santino.