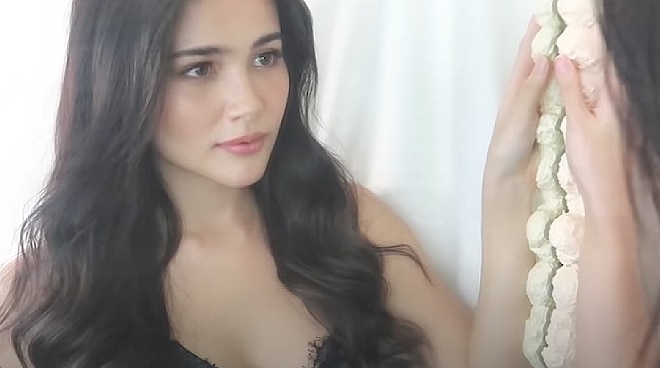 The track, which is the actress' first solo single, delves into a dark kind of unrequited love story of a woman who intentionally attracts a man to be with her because she believes he is unhappy in his current relationship.
Joanne Kara Joson is credited as the cinematographer of the three-minute clip.

Produced by Roque “Rox” Santos, the song’s words and music were by Fia Castro and Mary Grace Negapatan

As of writing, the music video of "Halika Na" has been viewed more than 7,000 since it was released on Monday, November 16.

She previously released an album under Star Pop with her former onscreen partner McCoy de Leon in 2017. The record featured covers of various OPM hits, such as “Opposites Attract,” “Chinito,” “Para Lang Sa’yo,” “Yakap,” and “If We Fall In Love.”

In 2019, the onscreen pair released their own rendition of Moira dela Torre’s “Tagu-Taguan” for their movie “Sakaling Maging Tayo.”