Heart Evangelista has auctioned off one of her hand-painted dresses to raise funds for victims of Typhoon Ulysses, which wreaked havoc in parts of Luzon last week. 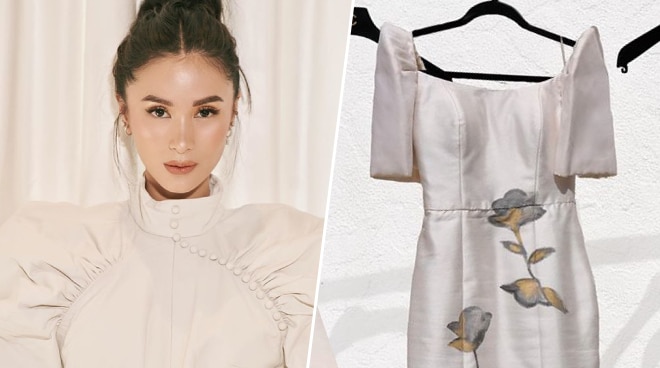 Actress and fashion icon Heart Evangelista is letting go of some of her designer pieces to raise funds for victims of Typhoon Ulysses, which wreaked havoc in parts of Luzon last week.

On her Instagram page over the weekend, Heart auctioned off a Filipiniana dress from her old collection of hand-painted pieces in collaboration with designer Mark Bumgarner, which she later sold for P20,000.

She said that proceeds from the auction will go entirely to those affected by the newest typhoon to hit the country.

In her post, Heart also said that she will be auctioning off more designer pieces in the next few days, "so stay tuned for that."

Aside from Heart, other local stars who are taking action to help  victims of Typhoon Ulysses include Angel Locsin, Vice Ganda, Jericho Rosales and Kim Jones, Megan Young, and KC Concepcion.

It left at least 67 people dead and forced tens of thousands of residents across the country to flee their homes, with some scrambling onto rooftops to await rescue amid severe flooding.