Director RC Delos Reyes on Enchong Dee’s steamy scenes in the film ‘Alter Me’: ‘This is my first time to do intimate scenes’ 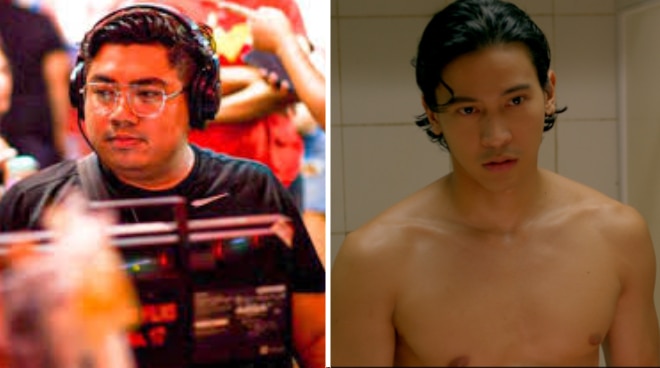 Having started shooting late last year for his new film Alter Me, director RC Delos Reyes said the concept of featuring the alter community was just for the purpose of being the backdrop of the love story between Alter Me stars Jasmine Curtis Smith and Enchong Dee.

“When me and my writer Dana Marikit were thinking of the story, we had this idea na why don’t we explore on the connections, na especially yung connections kasi in our modern society, with the advent of technology and social media, na-question namin na paano na ba nag-ko-connect ang mga tao ngayon? Super in na ngayon ang online and what we did is we just made the alter community an online community as a setting where these two characters meet. Kasi hindi naman talaga yung kuwento tungkol sa alter. it’s more  of the connections that they build in the real world which is more important. Because that is what we want the audience to convey after watching the film, na the connections that we build in the real life is more important than the connections we make online,” he shared.

The Alter Me director also said that the film wants to stress the importance of valuing real-life over online connections. “Because at the end of the day, I feel that the online world can be curated and sometimes ma-ku-question mo na yung authenticity, kung authentic ba itong tao na ito, kung genuine ba siya. And then you see in the real world hindi pala siya ganun. And that’s so saddening. Nakakalungkot. But at the end of the day our message is that you just have to be real, you just have to learn to love yourself and you just have to connect with yourself before you become open with the world,” he added.

Having finished shooting the film by February this year was really a blessing according to direk RC. Unlike his previous work, the young director admitted this is his most daring film, having had to shoot several intimate scenes involving star Enchong Dee.

“I think what differentiates this one is that this is my first time to do intimate scenes and at the same time, it’s my first time na nasa light romance drama siya and still with a tinge of comedy. And siguro dito mas na-channel ko kumbaga kung ano yung sexiness in me. So that’s what different. Kasi from my past two films Mary Marry Me and Love the Way U Lie, it’s always family. It’s that familial inside me na may comedy and tinge of naughtiness pa din ha. I think yung naughtiness hindi talaga mawawala yun. Binuhos ko lang dito sa Alter Me,” he explains.

Alter Me stars Jasmine Curtis Smith and Enchong Dee and is produced by Viva Films and Ten17P.