Nadine Lustre remarked that our country deserves so much better following the damage brought about by the Typhoon Ulysses. 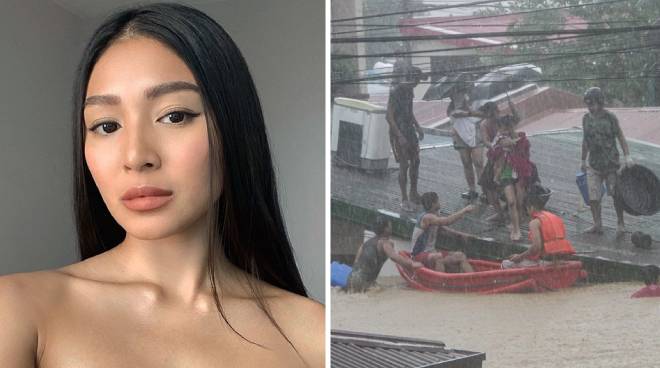 Nadine Lustre remarked that though Filipino resiliency is something to admire, it must not overshadow the fact that there are real problems that should be addressed.

The actress discussed the matter on her Instagram page on Thursday, November 12, following the devastating effects of the Typhoon Ulysses onslaught.

"Our country has been thru so much issues (calamity, pandemic, economy, job losses) and it upsets me so much when people pull out ‘Filipino Resiliency’ as a quick fix," she said in her Instagram page.

She added, "It’s def something to be proud of, but really, how long are we gonna keep using that to hide the real problem?"

Nadine expressed her empathy to those who were affected by recent calamities and problems. She remarked that our country deserves better.

"I feel for our brothers and sisters who are gravely affected by everything that’s happening. Our country deserves so much better than this," she stated.

She continued, "Now if you’re scrolling on your phone & seeing all the heartbreaking news but really dgaf cuz you’re not so much affected by the all stuff, PLS check your privilege."

This is not the first time that Nadine became vocal about her call for better governance and change.

The said post was made by Nadine just in time for the State of the Nation Address of President Rodrigo Duterte last July.