Actress Diana Zubiri made the revelation in her newest YouTube video, where she introduced Amira Jade Smith, her baby girl with husband, model-host Andrew Smith. 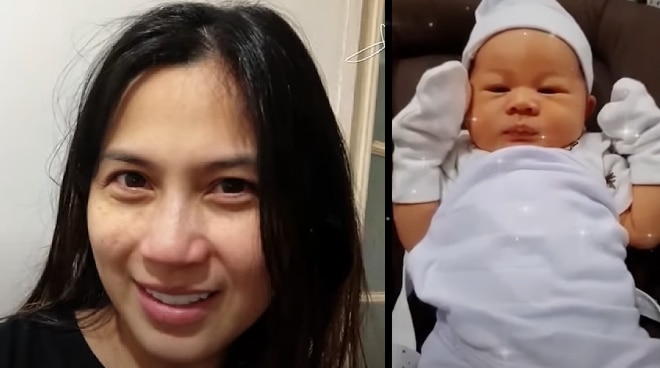 Diana Zubiri has given birth to her third child.

The actress made the revelation in her newest YouTube video, where she introduced Amira Jade Smith, her baby girl with husband, model-host Andrew Smith.

The couple already has a daughter named Aliyah Rose, who turned 4 last August.

Diana also has a son named King with her former husband, Alex Lopez, who passed away in 2010.

READ: Diana Zubiri shares why she isn’t vocal about her first born

In the video, Diana gave her followers a glimpse into her pregnancy journey, including a virtual gender reveal party she and Andrew hosted for their second baby.

According to Andrew, Diana gave birth to their child without him by her side due to COVID-19 restrictions.

"Due to the whole COVID situation, siyempre I wasn’t able to be there to see our baby born because when Diana comes back she needs to do two weeks of quarantine here in the house. So with Aliyah and King, we decided it was best that I stay with the kids for the two weeks and Diana stays with our baby for the two weeks," said Andrew.

Merry Christmas from the Smith’s 🥰

He also praised Diana for "doing a good job" with her third pregnancy.

"If you saw how how hard it was for her especially the last week it's been super crazy. I didn't actually sleep kasi she woke up super early saying that she's getting contractions. I tried to like have a nap but I could not stop thinking about her. She did a good job. I know she was struggling a lot the last few weeks, especially the last the like three days, been really tough for her," he added.