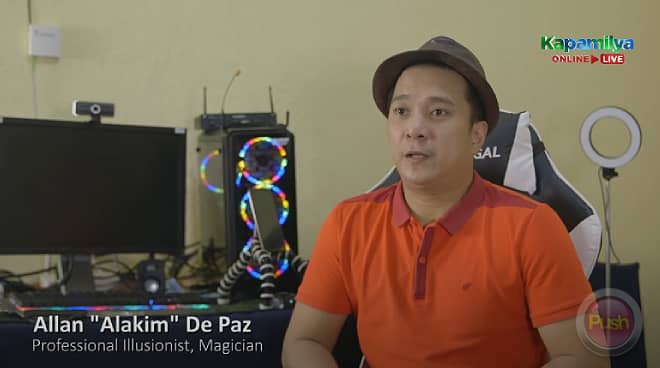 In the October 3 episode of Paano Kita Mapasasalamatan, the show featured the life story of former Pilipinas Got Talent Season 1 finalist Alakim (real name Allan de Paz) who became known as an magician on the show in 2012. That same year, he was charged with parricide for the death of his wife Maricar and served a three-year jail term following her death.

In the recent episode of Paano Kita Mapasasalamatan, Alakim finally revealed the real reason behind his wife wanting to end her life inside their car on his birthday. The magician explained that during his party, his friends joked about him and other women which did not sit well with his wife, who had already suffered from a miscarriage and depression. Alakim admitted he wishes he could turn back time if he could. “Kung may totoong magic nga lang, gusto ko mag-time travel,” he said.

While serving his three-year-sentence, Alakim revealed that he had thought of ending his life. But after a failed attempt, he realized how lucky he was to still be surrounded by people who want to support and be there for him. After his wife’s family dropped the charges and he regained his freedom, Alakim said he promised to live life focusing on his children and friends.

One of the people Alakim has helped mentor is also a fellow magician and close friend Ruther Urquia, who was also a finalist of the PGT season he joined. Ruther ended up inspiring another magician named Jerben “JB” Sedol who ended up mentoring female illusionist Rosela Torres Rondez. All these magicians’ story were featured in the Paano Kita Mapasasalamatan episode.