Rachelle Ann Go and her husband Martin Spies met while attending a Sunday Service for a Christian Church in New York. 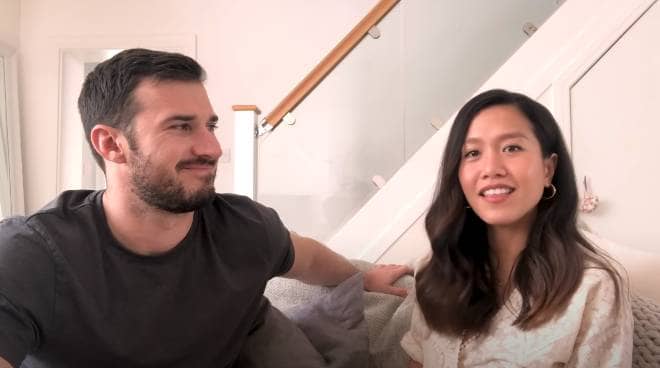 Rachelle Ann Go opened up for the first time about how she met her husband Martin Spies.

The 34-year-old theater actress — who was in New York for the Broadway run of Miss Saigon at that time — revealed that she first saw Martin at a school auditorium while attending a Sunday Service for a Christian church.

So blessed to have 2 mamas in my life❤️🙏🏽 Happy Mother’s Day Mama @selmaspies Love youuuuu🥰 I cannot wait to see you this Friday!!!❤️

WATCH: Rachelle Ann Go gives a tour of her house in London

She went on: “But then, I was like ‘C’mon, Shin. Focus. You’re here in Church. You’re going to focus. You’re not supposed to look at anyone. So ‘yun talaga. I was trying to discipline myself to just focus ‘di ba nandito ka for God? So that was the first time I saw you.”

Before Rachelle Ann saw Martin, a Pinay friend of hers who introduced to her the Christian church in New York had been telling her about a "good-looking" guy. But little did Rachelle Ann know that the said guy was the man she saw the first time she attended the Sunday Service.

My husband flew to Manila to watch my valentine concert. He didn’t know I was going to call him on stage 😅✌🏼 Being away from each other wasn’t easy, we were like in a long distance relationship. Never again. 🙈 But we are grateful for all the lessons along the way.🙏🏽 We will post some relationship/marriage insights in our account soon @marthinushin 🤗

“The following week Tita Ritz went with me. And then after the service, Tita Ritz was like ‘Shin, the guy I was talking about, he’s here.’ So sabi ko ‘Tita, ayokong makilala.’ So hinila ako. Siyempre poker face. So that’s how I felt the first time I saw you. I was like so nervous. And then I told her, ‘Tita, that was the guy I saw last week and I told myself that’s the guy I’m going to marry,” she said.

Martin, on the other hand, recalled how he started to like Rachelle the moment he was introduced to her — saying he even tried looking her up on the internet.

“And then that second Sunday that you were, that’s when I was coming down the stairs into the auditorium and I saw Ritz and you were standing behind her and she introduced us. And I was wondering, ‘Wow who is this new member of the Church?’ So then, after that I started asking around and Googling a little bit. No, I might have checked Wikipedia,” he said.

He added: “But at that point, I was very interested about who you are, really figuring out how I can get to know you more.”

But it was during a “hangout” a common friend of the couple organized when they knew they really want each other.

“When the day came, there was a massive blizzard in New York City and everyone was kind of thinking ‘Are we going to cancel it?’ Because usually blizzards in New York it’s messy and icy. But I was pushing everyone to go ahead with it because I was hoping this person would show up there — Shin. So I didn’t want them to cancel it,” Martin admitted.

“I was so happy that night happened because it was just really special,” she said. “I guess Martin that night he was asking me questions that I wanted a man to ask me. Talagang napapa-wow ako. Every time he asks me something, napapa-pause ako. Tagos sa puso ‘yung mga tanong niya. Sabi ko ito na ‘yun. He’s the one talaga,” Rachelle Ann shared.

Rachelle Ann Go and Martin Spies got married in April 2018 in Boracay.